NMU’s Society of Automotive Engineers Baja Racing Club has been hard at work this semester teaching new recruits and building a new car.

The team has ranked well in many competitions over the past three years. The team also works with seniors in the mechanical engineering and Technology (MET) majors’ senior project program by outsourcing different portions of the car’s engineering process like the front suspension system and steering assembly. The Baja cars themselves are prototypes of a Polaris RZR and are built for off-road driving and endurance racing. 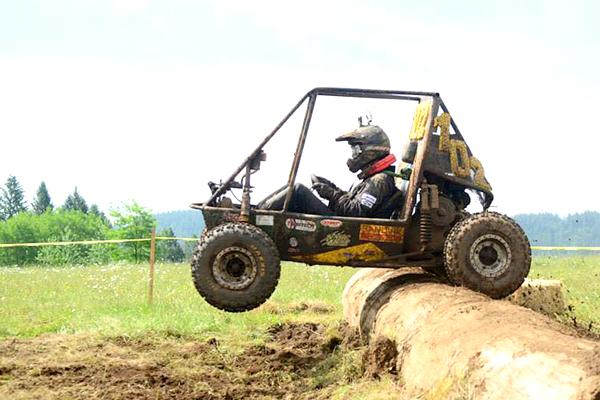 Even though there are a lot of METs on the Baja team, anyone can join, Vice President Austin Morris said. There are currently about 15 students involved, nine of them active members.

“We have members in every major you can imagine,” Morris continued. “No one has to be a specific major or even have past experience, because if you don’t know something, we’ll teach it to you.”

Sam Beckius, president of the Baja club, has been involved with Baja racing at NMU for a year and a half, and in that time he’s been acquiring skills he’ll be able to use in the future.

“I came in only knowing how to use screwdrivers and stuff,” Beckius said. “Now I can weld, and I can use a mill and a lathe.”

The Baja car competitions mainly focus on a four-hour endurance race that tests the car’s durability. Many teams bring more than one car, but because one car costs at least $10,000 with most of the funding provided by outside sponsorships, NMU’s Baja team has been working on a single prototype.

Most of the main mechanical failures that happen during the race are not from things the team has actually built, but from materials manufactured by other companies, Beckius said.

However, if something breaks or a piece of a car does not pass inspections, other teams are always willing to help.

“Baja is amazing because everyone is competing against each other but when you’re at a race and something breaks and you just don’t have the right equipment, you can go to another team and they will easily give you their equipment,” Beckius said. “They’ll weld something for you, they’ll give you tubing and everyone just helps each other out.”

“It’s such a cool dynamic,” he said. “That’s one of the things I love most about it.”

The Baja team normally has two meets during the winter semester: Blizzard, a friendly invite competition put on by Michigan Tech, and Nationals. This year the team was not able to get the funding in time for these events, but it is still busy making and testing a new car.

“We’re trying to get the name of the program out there to hopefully get more members for the team,” Morris said. “It’s so much fun, and we just want to share that with people.”

For those interested in joining, stop by the Baja shop in the Jacobetti Center, or contact Sam Beckius at [email protected]