Following recent musical performances, Beyoncé at Super Bowl 50 and Kendrick Lamar at the Grammy Awards, many people have expressed discontent and even outrage with the artists for giving praise to the Black Panthers. 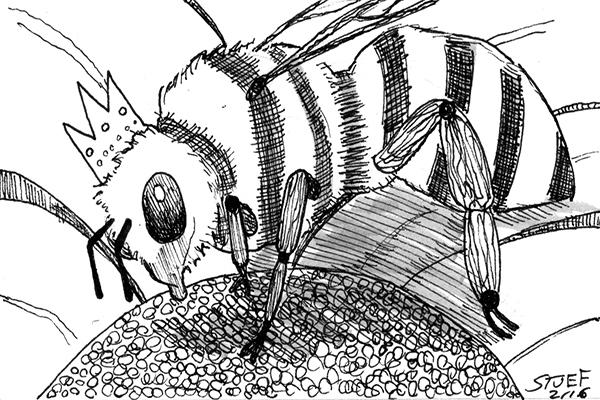 There has been backlash coming from primarily white Americans who are equivocating the Black Panthers’ tactics of self-defense and political reform to other American social groups like the Klu Klux Klan of 1866. The KKK is known for having a violent history associated with their unity.

The ideology of the KKK has always incorporated Southern white supremacy as its core value, and the organization grew increasingly violent with other ethnic groups, mainly African Americans, since its creation.

To assume that these black celebrities are endorsing racially-inspired violence in their music is a misconception that people need to disregard.

The killing of unarmed black youth in America has become a common thing to hear of today, but it’s something that has been going on for a long time.

Though the situation has  been brought to national  attention by the liberal media, a few black entertainers have only recently decided to speak on it.

While I personally can’t speak on what true intentions the musicians had when they wrote the lyrics, the interpretation didn’t provoke me (an African American) to go out and attack police officers as a lot of people would suggest.

Additionally, America is near the end of Black History Month, which is supposed to be a time when black culture is embraced by everyone who cares about the progress we’ve made in a nation that has tried for so long to integrate blacks into society.

Before someone can make any assumptions, it has to be understood that the Black Panthers, which was founded in 1966 by Huey Newton, Ph.D in conjunction with Bobby Seales, was not created as a way to counter the Klu Klux Klan.

Originally, they were called the Black Panther Party for Self-Defense and, unlike similar groups at that time, the group took a militant approach to reform because of the rise in police brutality by white police in black neighborhoods.

Over the years, the Black Panthers’ agenda became misconstrued through dissemination by the media and false notions that they wanted to forcefully overthrow the government, because they pushed for gun rights and repeatedly had violent clashes with the police.

What Beyoncé may have done wrong in her video titled “Formation” is show herself sitting atop a submerged police car.

A lot of people have taken that single image and ran with the idea that she was saying ‘‘let’s kill police,’’ which I disagree with because the lyrics of the song were basically about how much she loves being a Southern black woman.

Kendrick Lamar’s performance at the Grammy’s was highly suggestive and somewhat uncomfortable to many, but again, the artist was not promoting racial violence so much as he was calling for a cease in the senseless killings of black youth by police in inner-city areas.

Some lyrics from the song titled “Blacker the Berry” were played in a mesh of other songs that won Kendrick Lamar a Grammy for “Best Album” during the night of his controversial performance.

All of the songs he performed were from his award-winning album “To Pimp a Butterfly,” but people are upset mainly about the content of the lyrics they were exposed to during the night of the awards show.

The genre of rap music was originally created as a way to voice outrage with police brutality in New York during the 1970s, but over time as entertainment values have changed, rappers have ventured off into mainly talking about money, drugs, jewelry and women in their music.

The original message and culture from which rap originated from has been lost if not buried in place of the more modern “gangster-rap” themed genre.

“I’m African-American, I’m African, I’m black as the moon, heritage of a small village, pardon my residence, came from the bottom of mankind…,” Kendrick Lamar sang on Feb. 15 at the Staples Center in L.A.

He attempted to get back to the original message that rap music sends with his performance at the Grammy’s. If that can’t be appreciated by some people, then they should either avoid listening to his music altogether or try to educate themselves about issues that transpire in urban areas before they pass judgement or presume that the music is promoting violence.