NMU is currently in contract negotiations with Barnes & Noble College to take over the operation of the on-campus bookstore after an authorization of such negotiations from the Board of Trustees was made on Feb. 10. 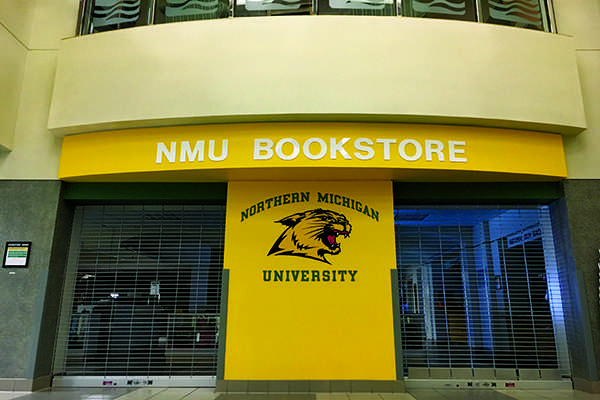 Derek Hall, assistant vice president of university marketing and communications, said a review of bookstore management options is something not just NMU, but universities in general, do often.

“It’s something that comes up on a regular basis,” Hall said. “The last time we did this was about five years ago. For universities to review their bookstore is normal and it’s a nationwide issue.”

After the NMU bookstore management team compiled an internal report earlier this year on the store’s operations, a Request for Proposal (RFP) was issued on Nov. 13 to explore the college bookstore market. According to Hall, the major players in this market are Barnes & Noble, Follett, Nebraska Book Company and Amazon.

Every company except Amazon returned a proposal to the Bookstore RFP Review Committee.

The three vendors visited campus for pitches on Jan. 28, according to the review committee’s Bookstore Management Services RFP update, a document created by the committee to make a formal recommendation to the Board of Trustees.

Following the three proposals, the committee unanimously selected Barnes & Noble as the best option and provided its reasoning.

Another important factor in the review committee’s decision on recommending negotiations with Barnes & Noble was Barnes & Noble’s priority on interviewing current bookstore employees first for the hiring process.

Senior marketing major Tony Carlson has been the social media coordinator at the NMU Bookstore for the past two years.

“This has been an opportunity for me to gain invaluable experience in the field I plan to enter after graduation,” Carlson said. “The bookstore offers students many other opportunities like this. I hope they continue to offer these amazing opportunities once the store has been taken over by the outside source.”

The committee also noted in the report the bookstore management of all 15 public universities in Michigan. Of the 15, just four are self-operated, while three are managed by Follett and eight are managed by Barnes & Noble. A recent article in the Chronicle of Higher Education highlighted this trend of college bookstores moving toward either private company management or other virtual alternatives. Hall also noted the significant changes in the market that prompted the RFP.

“The book market has changed so much,” Hall said. “Students are getting their books from all kinds of places now and Barnes & Noble can provide options. A big company that focuses on college bookstores, they know what they are doing, so Barnes & Noble will bring the name recognition and they’ll bring in best practices.”

In addition to these benefits, Hall also said Barnes & Noble plans to bring in approximately $500,000 for the bookstore remodel, as well as a revenue stream for the university.

Though there is no set date for the contract negotiations to be approved and for the management to officially switch hands, Hall said he is eager to see this change happen.

“I can speak to working with a private company,” Hall said. “They bring in more expertise, they bring in more connections. Once the trustees have reviewed it and given their permission, it’s basically going through the items of the contract, our legal, their legal and making sure everything is covered.”

Hall said he expects to see a change happen no later than June 1, and be officially implemented for the fall 2016 semester.