Both sides of the political aisle are welcome to come have a laugh at “Comedy Against Evil,” which focuses on the current political climate and candidates, coming to NMU’s campus on Wednesday, March 23. 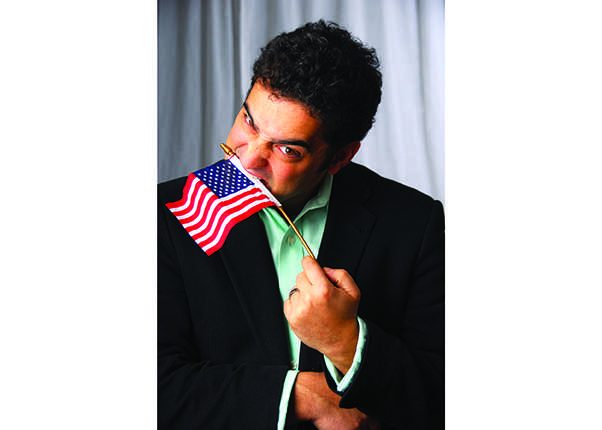 Jeff Kreisler, who wrote former Michigan Gov. Jennifer Granholm’s speech for the Democratic National Convention in 2012, will perform at 7 p.m. in Jamrich 1100, thanks to the NMU College Democrats, which coordinated the free event.

“The only way to survive the political climate right now is to laugh,” Kreisler said. “Looking at politics right now, if you don’t laugh, you’ll cry.”

Kreisler, who won the 2006 Bill Hicks Spirit Award for Thought Provoking Comedy, an award given to emerging comedians in the name of the famous comedian Bill Hicks, has done the “Comedy Against Evil” show at universities across the United States, including Central Michigan University. He has also performed stand-up for business events, fundraisers and political organizations, and writes speeches, scripts, books and more.

The tour is a comedy show that focuses on  current politics and politicians in the American system. While he has Democratic leanings, no politician is spared in his comedy, Kreisler said. The true aim of the show is to look at the system beyond just any one person.

“To me, evil is not a particular person or party, but corruption and greed on both sides,” Kreisler said. The show, while having his point-of-view and jokes, is really meant to be a conversation with the audience about the current political climate, Kreisler said.

The show, while having his point-of-view and jokes, is really meant to be a conversation with the audience about the current political climate, Kreisler said.

In a campus setting, the audience focuses and listens to the material more than crowds in other settings, such as comedy shows at bars, where there is more happening that can be distracting. Every audience responds differently to the material.