One week into the 2016 NCAA Division 1 basketball tournament, we have been reminded how March Madness got its name with down-to-the-wire nail biters, unbelievable upsets and the hopes and dreams of college basketball players coming true and getting crushed one after another. 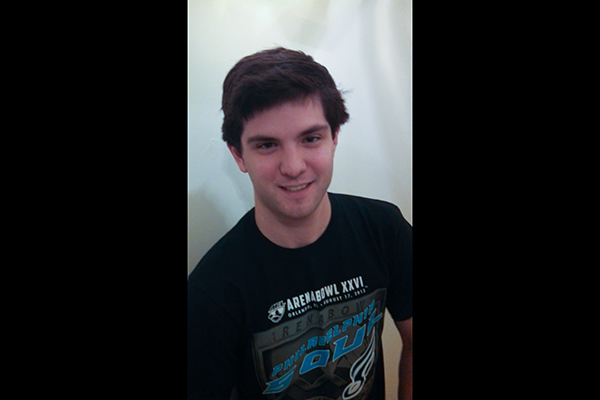 We now have 16 teams left standing, and we’ll be down to just eight after another weekend that’s sure to bring us on another rollercoaster if it will be anything similar to what we’ve seen thus far.

As we look into some of the key matchups we’ll see the rest of the way, first let’s look at the more local teams and how they’ve panned out through the first week of the craziest playoffs in sports. NMU’s own Tom Izzo and his Michigan State Spartans were picked by many brackets across the country to win the National Championship, but No. 15-seeded Middle Tennessee handed the Spartans what many are calling the biggest upset in March Madness history.

It was almost a forgone conclusion State would advance over Middle Tennessee, as 15-seeds advancing over two-seeds is very rare and had only happened seven times in the tournament’s history entering the weekend.  But it doesn’t always play out as it should on paper, and Tennessee proved that with all five starters reaching double-digit points and sinking 55.9 percent of their field goals.

The game had the feel that State would rally back tremendously in the fashion they have all season, but the comeback never came and State suffered one of the most embarrassing losses in college basketball history.

Down south, the Wisconsin Badgers have seen consistent years of tournament success, and these playoffs have been no different for the Badgers’ basketball program.

Though they aren’t quite built to take that next step and finally bring the championship back to Madison, they’ve put together a fun ride for their fanbase, throwing down Pittsburgh in Green Bay in their opening match of the tournament, then stunning the No. 2-seeded Xavier with a 66-63 win thanks to a Bronso Koeing buzzer-beater three on Sunday in a game they had no business winning.

When the Badgers head to the Wells Fargo Center in Philadelphia this weekend, they’ll face a No. 6-seeded Notre Dame team that’s feeling the luck of the Irish in March Madness. The Fighting Irish have earned two comeback wins of their own over Michigan and Stephen F. Austin, thanks to a pair of free throws from Rex Plfuger to advance to the Sweet 16.

Wisconsin can benefit from late starts the Irish have experienced in their first two tournament matches, and their overall season for that matter, but the matchup is the toughest either team has faced to this point. Notre Dame’s upfront big men should have the talent and power to end Wisconsin’s improbable run this weekend if they can live up to their potential and consistency.

Notre Dame isn’t ready to take a championship title when it’s all said and done either. The ones favorited to win it all are teams like Kansas, North Carolina or even Virginia. But my sleeper pick to make some noise these final two weeks is the Villanova Wildcats.

Villanova has been the most dominating team throughout the first two games, with four of their starters reaching double-digit points as well while cruising past their opponents by at least 19 points per game in the playoffs. Josh Hart has proven to be one of the most challenging guards with one of the biggest upsides in the nation.

Villanova will reach the final four and quiet the critics who have counted them out all season long, but in the end, Kansas will one-up them when they meet up next weekend.

My prediction:  North Carolina and Notre Dame will advance to the final four, with Villanova and Kansas also reaching the final rounds. Kansas will top North Carolina in the championship game.