Motivational speaker, author, entrepreneur, corporate executive and TEDx speaker Hilary Corna is proof that nontraditional paths can get you exactly where you want.

Corna grew up the youngest of five children. Her father died in a car crash when she was nine months old, and her mother was left to raise the children. With only one source of income, the family was left shopping for food at the local food bank. Corna wore pajamas to school because she didn’t have clean clothes.

Platform Personalities brings Corna to speak on campus on today, April 6 in the Great Lakes Rooms of the University Center. A first-generation college student, Corna used these experiences to drive her success. 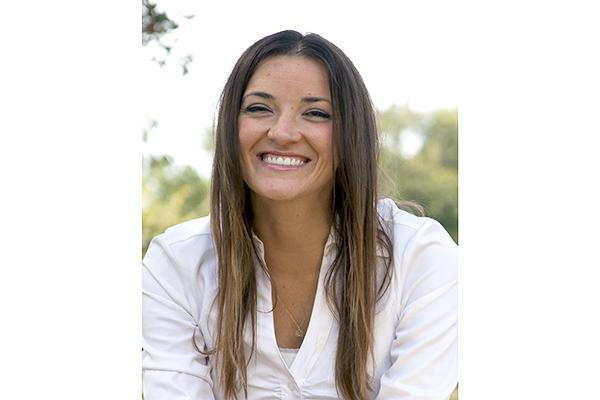 “What started off as survival turned into not realizing I was getting what I wanted when other people weren’t,” Corna said.

As her high school graduation approached, Corna dreamed of college in North Carolina. In 2007 she graduated with a business degree from Elon University in Elon, N.C. After graduation, Corna bought a one-way ticket to Singapore, bringing only a suitcase, a business degree and a love for Asian culture. She was determined to become successful even though no one supported her methods.

“I like to stay in the uncomfortable because that means I’m not stagnant,” Corna said. “That means I’m always growing.”

Corna eventually became the senior executive officer with Toyota Asia before she returned to the United States at the age of 25.

While in college, Corna said she saw a huge disconnect between the CEOs that spoke to students about running a multinational corporation and the students wondering how they’re going to make their first rent payment out of college. She sought to be a relevant and pragmatic voice to students.

“I really wanted to come in as someone with stories to show and match what you learn in the textbook,” Corna said.

Platform Personalities Benjamin Harris said they invited Corna to present because her motivational attitude aligns with their goal to bring inspiring speakers to campus.

“This will definitely be a benefit for students,” Harris said. “We hope that they will feel empowered to go for that dream job or face any other challenge they encounter.”

Her book “One White Face” is a memoir about her time in Asia that is being adapted into a screenplay.

Corna made a career out of being a contrarian, which is what brought her to being a motivational speaker. She speaks to students to  give them evidence of success after college.

“I wanted to be that person that I didn’t have in my life for others,” Corna said. “For me, it’s just care about what you want to care about. I don’t care what it is, and I’m not going to convince you to care about anything.”