Taking Shakespeare’s famed literature and putting it in movie-friendly format is often a very tricky bridge to cross. The language is so iconic and well-known that it must be left largely unaltered, and some directors try too hard to put their own stamps on the famous stories. Director Justin Kurzel attempts his own take on the famed story of Scotland’s mad king and the king’s even more sinister wife in “Macbeth.” 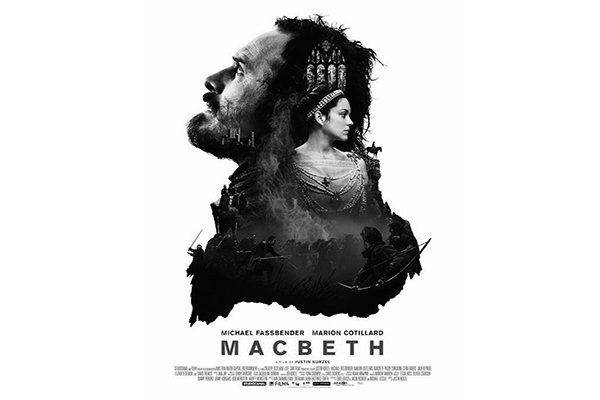 Acting: Michael Fassbender and Marion Cotillard are tasked with bringing Scotland’s deranged royalty to the big screen, playing Macbeth and Lady Macbeth respectively. Both do a marvelous job of portraying these iconic characters. They don’t overshadow each other but allow their performances to play and build off of one another.

Fassbender is able to imbue Macbeth with a typically calm demeanor, all the while hinting at the growing insanity within him throughout the film, letting it build and build until it pours out in the famous “Tomorrow, and tomorrow, and tomorrow” monologue. This calm façade leaves the viewer feeling unsettled, for we know under that exterior is a violent insanity ready to be unleashed.

Cotillard, while soft-spoken, is able to show all of her character’s lust for power through the intensity of her eyes.  While both actors give great performances, they can be hard to understand at times, due to a combination of heavy accents and whispering of lines.

Cinematography:  “Macbeth” is an absolutely gorgeous film to watch. Filmed on location (so to speak) in Scotland, the film takes place in rolling green hills,

and the backdrops often feature gray, threatening skies. The look of each battle scene is grisly, with mud and blood flying through the air to give emphasis and style to the violence. The highlight of the film is, by far, the climactic fight between Macbeth and his rival Macduff. With Birnam Wood ablaze, the whole battle scene is hazy with smoke, with a setting sun glowing behind it, backlighting it all.

This gives everything an orange-red cast as Macbeth and Macduff face off, lending an other-worldly feel to the conflict. This unique look adds so much to an already emotional and bloody climax for the film. Creating this unique look gave life to Shakespeare’s story in a way he probably
hadn’t imagined.

Accuracy: The biggest problem with past Shakespeare films is the filmmaker’s willingness—desire, even—to shy away from the source material.

Films such as “Romeo + Juliet” (1996), “Hamlet” (1990) and “King Lear” (1987) shy too far away from the source material and too far into creative interpretations. “Macbeth” does a great job of staying true to its playwright. The entire film is spoken in Shakespearean English, (which will turn some viewers off to the film) with Lady’s Macbeth “Out, damned spot” soliloquy and Macbeth’s “tomorrow” monologue playing out exactly as readers would imagine. While Kruzel makes a few minor changes throughout the film, most of them add a new perspective to the original story. Most importantly, Kruzel is able to capture the tone of the story. The whole film is unnerving as you watch the on-screen pair’s descent into madness.

Final Verdict: “Macbeth” is the rare book-to-screen film adaptation that stays true to its source material but adds to the story with its creative liberties. That being said, it is not a film for everyone. Shakespeare lovers, history buffs and fans of Fassbender and Cotillard will enjoy the film greatly. However, people not used to Shakespeare’s style will have a hard time understanding the movie.

“Macbeth” is a really good film, one high school students can expect to watch when studying Shakespeare in years to come.