NMU’s spring football game on Saturday, April 9 will be Wildcat fans’ first glimpse at the new defense led by first year defensive coordinator David Corrao. After eight seasons with the NFL’s Miami Dolphins, Corrao was announced as the new defensive coordinator for NMU last month. North Wind editor-in-chief Ray Bressette sat down with Corrao for an exclusive interview on his recent appointment to the team. 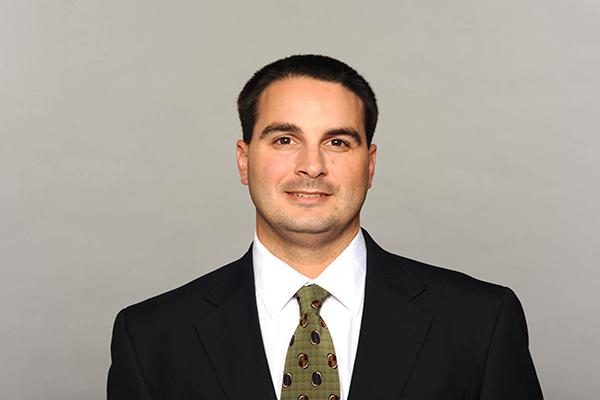 What was appealing about this job and this university to you?

Selfishly, this was about being a defensive coordinator. I wanted to apply what I’ve learned throughout my life from a lot of quality people. I think there are a lot of quality players here who had some tough outcomes last year. There’s a place for me to come in, and I think the offense has great capabilities. When you have a great offense, it makes the defense a lot more fun. We’re going to have to fix some things and do it the right way, but the opportunity to win, and win conference championships, is what every coach wants.

How familiar were you with the talent and players this team possesses when you took this job?

I read about the outcomes but didn’t have access to the film, so I wasn’t able to familiarize myself exactly with the players. After looking at game recaps, play-by-plays and seeing how the games unfolded, you can see how the team played.

NMU scored 39 or more points in four games they did not win last year, and if there’s opportunity to make improvements on defense then those become games you can win.

This team has competed with some of the top opponents in the country the past few seasons, but they have often lost on the last few plays of the game.

How do you help a team’s mentality to get over the hump and start finishing games?

Winning is learned behavior. When you walk into this program and see how the head coach runs it, and you watch the players’ interactions with the coaches along with the coaches’ dedication and motivation they put into it, I don’t think it takes much to see this program is heading in the right direction. I think there is opportunity to win those big games, last-second losses or those games when the bounce doesn’t go your way. You have to do something better in the first 59 minutes to eliminate that possibility of losing at the end.

It’s not about changing your game in the last minute of the game; you’re missing the boat then. You can’t leave yourself in that position. You need to play better the first 59 minutes and build a 14-point lead for the last seconds.

The big issue will be the snowball effect of winning that first game. There are a number of players in this conference that go on to the NFL, so there is good football here. We’re going to be in close games. Winning them is not a skill, but a learned behavior of figuring out who’s going to step up and say ‘not today, not on my watch.’

What are the biggest challenges you see going from the NFL to college football?

There are no time constraints in the NFL like in college. There are different challenges, but it’s not all peaches and cream in the NFL­—they have problems too. Here at the college level, you have a 20-hour limit—you make sure players are going to school and doing well. The NFL is more straightforward with paychecks demanding results. In college, you have to speak to families, help these athletes grow into men, so you are much more involved.

The personal relationships involve different things, but they are still there. The NFL is strictly football, but for a lot of players here, this is the last step of their careers. It’s still about getting the players what they’re capable of, then getting them to overachieve.

Can the expectations be put on this team next season to have a defense that is just as good, if not better than what we’ve seen the past few seasons?

We’re going to do what the players are capable of doing and put the best 11 players on the field, whether it’s six safeties or three linebackers. I have a vision of how I want this defense to look. We don’t talk about philosophy but rather a vision of what we’re going to be and what we’re capable of. I have to be able to see what the given circumstances are and see what these guys can do. We’re not going to try to force things where they don’t fit. I haven’t watched any film from before I came here, and I want to judge everyone from what they do from this point on. Everyone has a clean slate.

You were proficient with both the 3-4 and 4-3 defense during your time with the Miami Dolphins. Are those the bread and butter of your scheme?

We’re going to build ourselves on fundamentals and technique. I’ve seen it done a lot of different ways. I saw both the 3-4 and 4-3 done successfully in Miami. It goes back to fundamentals and techniques that we’re teaching. We want our defensive linemen to be big and aggressive, knocking back the offensive line and building a wall to stop the run and get into the quarterback whether it’s a three-or-four man structure.

Linebackers need to make plays on the sidelines, fill to the daylight and make a lot of tackles. The scheme is irrelevant–it’s players before scheme. We need our players to play fast and have confidence in what they’re doing, and that will compensate
any deficiencies.