The men and women’s golf team traveled to Ohio over the weekend to compete in the Third Great Lakes Midwest Regional and the NC4K College Classic respectively.

The Northern Michigan men’s team tied with Northwood University for seventh at the Third Great Lakes Midwest Regional with a score of 619—314 points in the first round, 305 in the second.

Freshman Logan Haight explained that because the team trains with a simulator during the winter, their short-game was in need of some improvement. However, the Wildcats took advantage of the slow game pace by staying composed and mentally preparing for the next shot, Haight said. 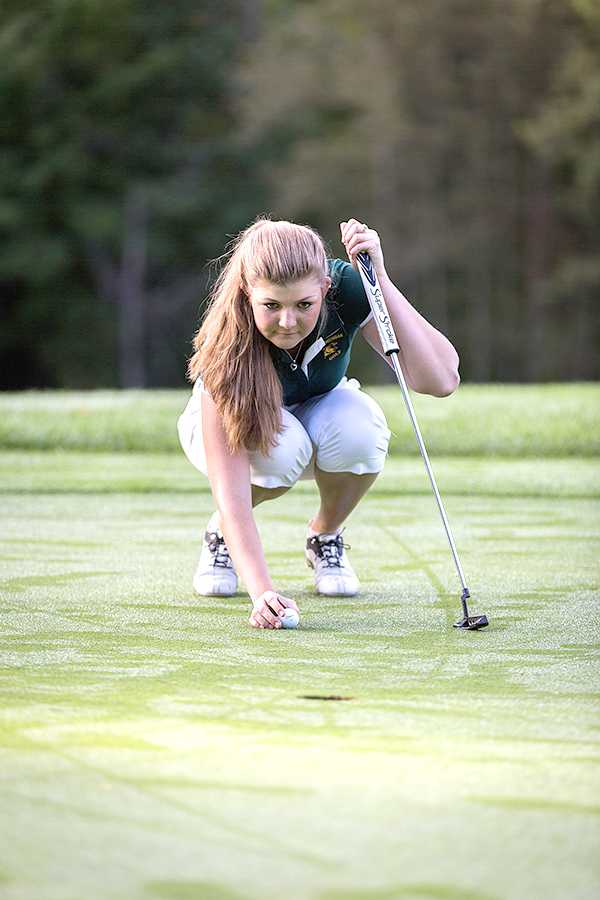 Along with being mentally ready, freshman Owen Beyer believed one of Northern’s advantages was actually the wind.

“For practice all fall we are used to playing in the wind, so when we go to tournaments with windy conditions, to most teams it’s a disadvantage, but for us, I feel like wind is an advantage.”  Beyer said.

Freshman Martin Eliasson came out of the weekend tied for 20th making him the second Wildcat to breach the top 20.

The men’s seventh place finish will help secure their current ranking of fourth in the region. If the team continues to place in the top 10, it will only improve their chances of making it to the NCAA Regional competition, head coach Kyle Wittenbach said.

For the remainder of their spring season, the team will aim to play each round of each course as consistent as possible in hopes that it will earn them a qualifying position for the NCAA regionals, Wittenbach said.

“We are going to keep doing our thing. Consistency comes with experience and repetition,” Wittenbach said.

With only four athletes competing and all of them being freshmen, the women’s team proved that they can hang with the stronger teams despite the lack of numbers, Guthrie said. Not only that but the women’s team performed well in less than ideal weather conditions and walked away with more experience that can be applied to the rest of their season, she added.

“This is the first year for the women’s program, so it’s kind of a building year. We are all gaining experience,” Guthrie explained. “I think if we can work on technically just bringing a triple or a double down to a bogie, it will really help improve our team’s scores.”

The men’s team will return to the course when they compete in the fourth Great Lakes Midwest Regional of the season in Noblesville, Ind. The women’s team returns to the course April 16 at the Walsh Invitational in Canton, Ohio.