“Star Wars: The Force Awakens” is the seventh film in the beloved Star Wars saga and the first new film in the series since 2005’s “Revenge of the Sith.” While the original trilogy is universally loved, fans and critics alike were greatly disappointed with the film’s prequel trilogy.

For that reason, there was much pressure on director J. J.  Abrams to make the new film more in line with the original trilogy and shy away from the mistakes made from the prequels. 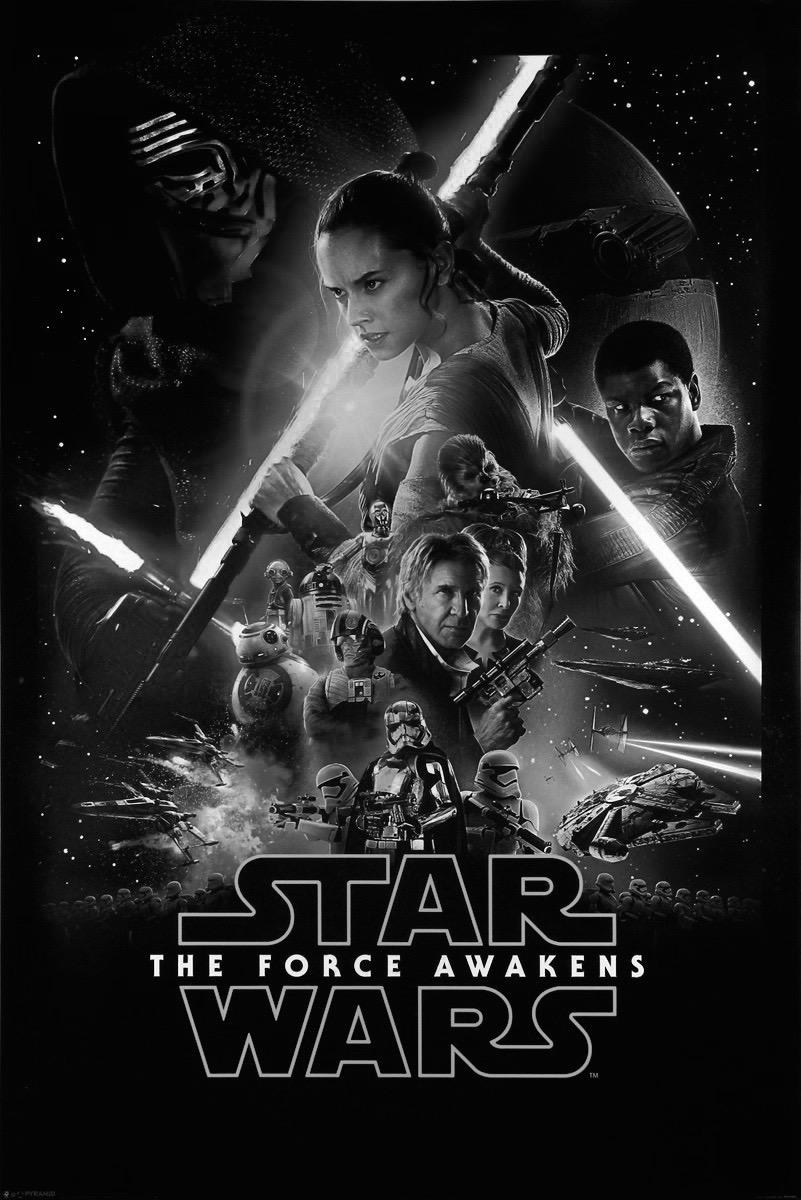 Everything that happens in the film has happened in other Star Wars films. It’s almost as if J. J. Abrams took the script for “A New Hope,” turned it into a Mad Lib, replaced all the names of characters and places, and decided that was the script for “The Force Awakens.”

While the lack of originality is blatantly obvious and a bit wearing at times, it actually works for the film. Abrams had to rebuild the faith of an entire fan base after the prequels.

Unlike the prequels, “The Force Awakens” felt like Star Wars again. It was a fast-paced, adventurous and most importantly, fun story. There were no midichlorians, no gungans, just a fun Star Wars movie that felt like it belonged in the series.

Characters: The strength of “The Force Awakens” lies in its characters.

With beloved characters Han Solo, Princess Leia, Chewbacca and Luke Skywalker all making their returns to the silver screen, it casts a large shadow on the new characters of the Star Wars universe.   These new characters, however, were able to shine on their own.

Harrison Ford returns to his iconic role of the beloved scoundrel Han Solo. It would have been easy for Ford to cash a large pay check and mail in an average performance.

Instead of a lukewarm performance, Ford gives us the lovable Solo character we’ve known all along, even if Solo is changed by his years.

However, the biggest star of the film is that of Daisy Ridley. Portraying the desert scavenger Rey, Ridley is able to steal the show with a memorable performance for a memorable character, giving us a talented protagonist, one that is unsure of herself but easy to root for.

Between her and a plucky performance from John Boyega and the charismatic Oscar Isaac, it creates a fun and likabke new group of heroes to root for in the new trilogy.

Unfortunately, the most disappointing character and performance is that of Adam Driver as Kylo Ren. In the build up to the film, the bit we saw of Ren looked like he could be poised to be the next Darth Vader, a powerful and intimidating villain. Instead we got a whiny and moody villain, who to be perfectly frank, isn’t all that intimidating or powerful.

It’s hard to tell if this is from the writing of the character or the performance of Driver, but you walk away from the film feeling like Kylo Ren is wasted potential. For as likable as our heroes are, our villain is just as unlikable and not for the reasons we want.

Verdict: “Star Wars: The Force Awakens” is a much-welcomed return to a galaxy far, far away. Abrams learned from Lucas’ mistakes from the prequels and made a very satisfying Star Wars film.

Between using practical effects, memorable and likable characters and a simple (albeit recycled) story to create a truly enjoyable film. Abrams has restored the fan base’s love for Star Wars and created a new generation of fans, while setting up for what should be an exciting new trilogy of films.