As the end of August nears, so does this year’s Summer Olympic Games in Rio de Janerio. From Aug. 5 to 21, athletes from  around the world gathered in Brazil for one of the most anticipated sporting events there is. 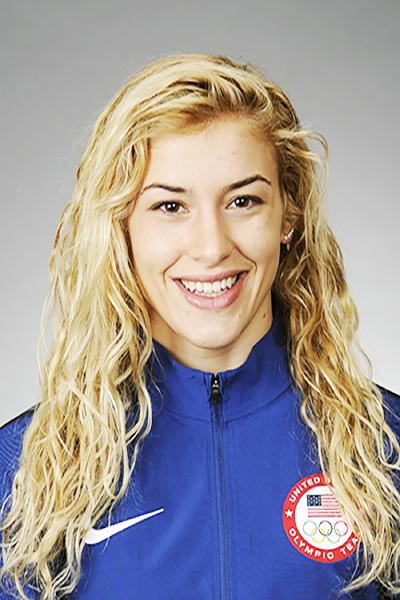 It was drama-filled to say the least but truly an action packed games that we won’t come to forget anytime soon.
What hits close to home for us here at NMU, but also the citizens of the Marquette area, is that we had a total of eight Olympic athletes with NMU ties that competed in the games. Not many schools can say that.

We sometimes forget that we have an Olympic training center here at Northern. Many athletes from the past who have taken gold, silver and bronze medals trained here.

For example, the famous speed skaters Apolo Anton Ohno and Shani Davis trained here for years and went on to become two of the greatest speed skaters of all time. But that is the past.

These athletes competed in the different sports of wrestling, boxing and weightlifting. The most awarded NMU athlete at the games was Maroulis.

She graduated from Marquette Senior High School and trained at the NMU OTS. She competed in Freestyle Wrestling in Rio and took gold for the United States. She became the first ever American woman to win gold in wrestling at an Olympics. She defeated three-time Olympic gold medalist Saori Yoshida from Japan.

Her support around the Marquette area was immense and got a lot of praise on social media after her gold medal performance.

She was somewhat over shadowed by the drama that unfolded with the situation of Ryan Lochte lying about being robbed at gunpoint, but a lot of other athletes had to deal with that same situation. Maroulis’ gold medal contributed to the overpowering medal count that the United States had over the other countries.

The United States finished with 46 gold medals, 37 silver medals and 38 bronze medals with a total medal count of 119. China finished in second with a total of 70 medals.

This Olympics are over, memories were created, action-packed events happened and Wildcats competed for their country and represented NMU and the Marquette area.