Dance away all your Blues at the Blues Festival 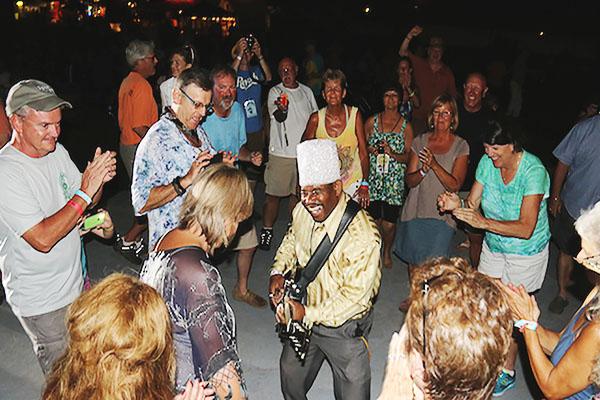 “With the festival we’re actually pretty excited with this year’s line up, mainly because we’ve put together a bunch of performers that, in my opinion, are kind of a good example of the future of this style of music,” Blues Festival Director Walt Lindala, said.

“What I mean by that is there’s a lot of performers that are fairly young in terms of the blues.”

Bands performing at Blues Fest are coming from a wide variety of locations ranging from locally based to nationally recognized, said Lindala. There is a huge variety of talent coming to the area for the weekend, he added.

“A lot of people think that blues music is kind of old music and for old people,” Lindala said. “I mean it’s an old style of music, but there’s a lot of people out there playing it at a younger age, and it still is just really great music.”

The performers scheduled to appear at the 2016 festival include Tre & the Blue Knights, J.W. Jones, Reverend Robert, Sons of Legend, The Chris Canas Band, The Ghost Town Blues Band, Victor Wainwright & the Wildroots,

“Friday night is a free show as kind of a way to say thank you to the community for all their support,” Hamari said.

The festival lasts for three days, starting on Friday, Sept. 2 and ending Sunday, Sept 4. Friday is free to the public.

For Saturday and Sunday entry, young adult tickets for ages 15 to 23 are available for $10 per day at the gate with a valid I.D. General public passes cost $50 for a weekend ticket or $30 for a day pass.Children 14 and under get in free with a paid adult.

“We’ve got great food vendors, we’ve got beer tents, we’ve got merchandise, we’ve got arts and crafts, and we’ve got workshops if you want to try a harmonica or a bones workshop,” Hamari said.

“There’s something to keep you occupied all day long.”

The highlights on Saturday include the The Chris Canas Band out of Detroit, who have won the Detroit blues challenge three times, Hamari said.

“Our headliner Saturday night is Victor Wainwright & the Wildroots, and that’s a band you don’t want to miss,” Hamari said.

“They were just named at the Blues Music Awards, winning the BB King Entertainer of the Year award and the band was named the Best Band of the Year, so that is definitely the highlight,” he added. Sunday’s headliner is up-and-comer Samantha Fish, Hamari said. The Blues Festival has music for all kinds and all tastes.

“Our mission is not only to promote the blues but to preserve the history of the blues, and this is a chance to see some of the best blues musicians anywhere,” Hamari said.

Information and band line ups can be found at marquetteareabluessociety.org.

The Marquette Area Blues Society is looking for volunteers for the weekend. Volunteers can sign up on the website.