In the recent events of school shootings as well as the typical college campus crimes, Northern students can take pride in knowing our community has been ranked one of the safest places to go to school. 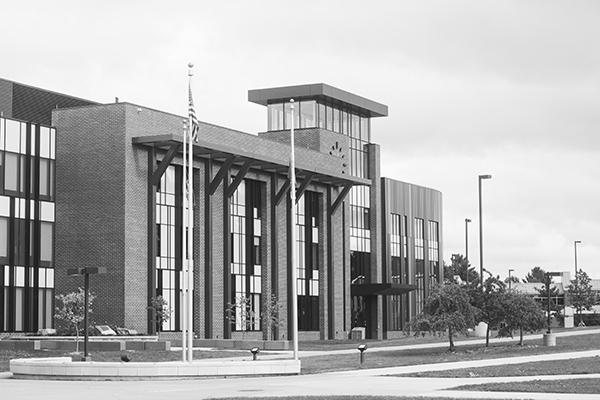 On Sept. 7, 2016, Marquette was ranked the 21st safest college town in America out of a list of 30 by Safewise security agent experts, when compared to the most recent FBI crime statistics.

NMU is generally a very safe campus and has much lower crime rates than other schools and is able to have increased crime prevention measures due to the size of campus, said Detective/ Lt. Guy LaPlante of Public Safety and Police Services.

“We work very well with outlying agencies, whether it be on or off campus, involving students or not,” LaPlante said.
However, other Michigan college towns had higher ratings on the list, such as Houghton and Grand Rapids.

“Those numbers could be subjective dependent upon reporting and outlying jurisdiction,” LaPlante said. “Our numbers are reflective upon who we are, like our population and geographical area,” he added.

Northern also doesn’t face the same type of crimes as many other schools, he said.

“You don’t see many victims of a personal matter, whereas it’s more crime of materials such as larceny,” LaPlante said. NMU takes precautionary measures to prevent the common petty crimes and to ensure the continuing safety of students.

“We aggressively patrol by walking, driving and biking around. Our goal is to make sure our community is safe and that it is safe walking to and from campus,” LaPlante said.

He and other members of public safety are trying to educate the campus community about locking their lockers, cars, etc. as this is the most common crime.

He hopes the installment of new cameras on campus will be a deterrent of crime, but believes the continuing safety of our campus is up to us all.

“Community involvement is key. I cannot stress that enough. It’s an effort by all of us in the community, and that starts with you, the students,” LaPlante said.

Many students would agree that Marquette is a rather safe community.

“I don’t feel paranoid about anything being put in my drink at the bars here or anything like that,” Stevens said.

While most relate with the worry of parents when leaving for college, the worry is not as great when a student chooses Marquette to call home.

“I know my parents feel way better about me being at Northern than they would if I went to any other school,” Stevens said. “When I go visit friends at bigger colleges downstate like Michigan State or Ferris, my parents are always calling me to make sure I’m safe.”

NMU junior Erin Storck, also feels more safe in Marquette compared to her hometown of Detroit due to the lower crime rates.

“I think my parents were happy I picked NMU because we always went up north when I was a child. They knew how safe the U.P. was,” Storck said.

While students can feel safe here, it does not mean they should disregard all safety concern.

“I worry about things like sexual assault and getting my drink tampered with because I feel like that should be something everyone is concerned about.  But on the other hand, I don’t think NMU is a campus where things like that happen as much compared to other schools,” Storck said.

Our college town is safe in comparison to others, but it is important to remember that crime does still exist and student awareness is crucial to preventing it.