The Wildcats are looking to compete in the upcoming MSU Spartan Invitational in East Lansing on Friday. 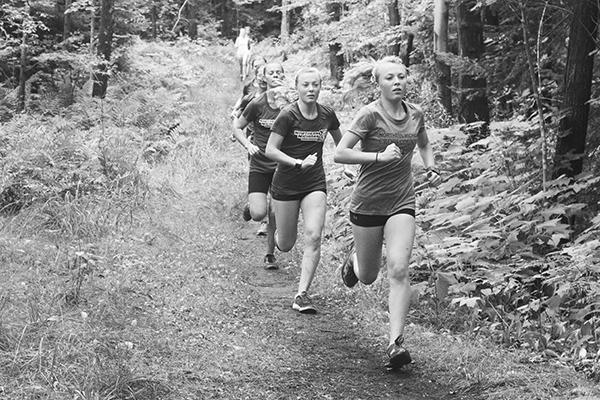 Last week, the Wildcats took second as a team in the Chris Yanni Memorial Invitation. Two ladies placed in the top 10, as sophomore Abby Fifarek took fourth and freshman Katelyn Smith took seventh. This Friday the Wildcats will  travel to Michigan State University to compete in the Spartan Invite.

“This is a big meet. There are a lot of top competitors and we will be facing some D1 schools,” said head coach Jenny Ryan. “We have a young team. Some of the girls got sick and injured so we will have a smaller group of girls set to compete. We have a lot of good runners. I’m really looking forward to how some of the girls race against some of the top competition. It’ll be exciting.”

Junior Clara Churchill said she’s  looking forward to competing after her performance in last Saturday’s meet, where she ran her best personal record.

“Last week’s race was a good race for everyone,” Churchill said. “I’m very excited to race Friday.” The Spartan Invite is a longer race than most meets. Churchill said the 6k race will be more challenging than the usual 5k. She  said she’s  really worked hard this summer, she could run a lot farther than she could the previous summer.

Sophomore Maddy Walters can’t wait to be able to run this Friday. Walters said her freshman year she couldn’t run as much as she wanted because she was hurt. But like Churchill, Walters thinks that she has improved a lot comparing this summer to her last summer. Walters is excited to run this friday

“I’m excited to run against some of the D1 girls, it’ll be a good challenge for us,” Walters said.

“This is my first 6k meet, so I’m hoping I do well in this race. I’m aiming to be racing with the same girls and/or the girls who are faster than me.”

Both girls said they’re looking forward to racing in the Roy Griak Invitational in St. Paul, Minnesota on
Saturday, Sept. 24.

“The Griak race is really fun.” Churchill said. “I’m excited to race, and excited to check out the Mall of America. It’s a great team bonding experience.”

The lady Wildcats are set to return to action Sept. 16 in East Lansing.