A panel discussion was hosted by the political science department yesterday afternoon for those who wished to acknowledge Constitution Day as a national holiday. 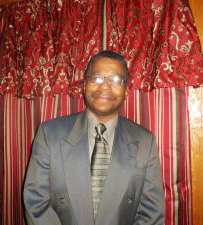 Roughly 50 people, some politically informed and others not-so-much, gathered in room 1706 of the New Science Facility for a lecture that addressed the importance of constitutional framework and its interpretation by the U.S. Supreme Court today.

Tuesday, Sept. 17, 2016 marked the 229th anniversary since the Founding Fathers framed the Constitution in 1787. The document serves as an icon to many countries around the world that idolize the rights and freedoms it guarantees to American citizens.

The panel discussion titled “The 2016 Election and the Future of the Supreme Court” featured speakers all from the political science department including, professors Ruth Ann Watry, Steven Nelson and Hanna Kassab as well as Department Head Carter Wilson.

At the panel, Kassab discussed how the Constitution is able to be interpreted by federal powers like the National Security Agency and the CIA for national security reasons and how they use those interpretations to justify means of government surveillance on American citizens.

He said the elections are important as well, but citizens are ignoring the fact that some constitutional framework is being broken by measures used by the NSA which include wiretapping phones, monitoring emails and even implementing a “no-fly” list for air travelers suspected of having ties to terrorism.

Kassab said he doesn’t think constitutional values have changed that much since the document was created, but it still has “flaws” that make it open for interpretation by federal powers.

“There’s still a trade-off for security and freedom that the Constitution and this government tries to maintain,” Kassab said. “It’s a very precarious balance between the two.”

The Supreme Court was mentioned heavily in the panel discussion because since the Constitution was created, executive-appointed justices have been responsible for interpreting the context of the document as it pertains to moral, religious and equal protections for citizens.

Nelson talked about the importance of knowing what two or three members will be appointed to the Supreme Court by the next president because it will determine how the Constitution is interpreted for at least another generation.

He said there is less excitement about the political process this election cycle because many people who were excited about Bernie Sanders are now on the sidelines. Nelson also said he thinks the Founding Fathers would be somewhat pleased with how their constitutional framework has been upheld by Supreme Court justices.

“I think we’re slowly becoming more inclusive but it’s taken time and it’s not complete,” Nelson said. “We have those challenges between order and security and freedom where we have to continue to try and draw that line.”

Wilson talked about how traditional interpretations of the Constitution have shifted from a strict originalist point of view to a more loose interpretation used by the Supreme Court today.

Wilson also discussed how 14th Amendment interpretation of the Constitution by the Supreme Court posed a struggle for civil rights activism in the 1960s.

“The Constitution has changed as a result of amendments added and as a result of subsequent Supreme Courts’ reinterpreting, and in some cases distorting, the intent of some of the authors of the Constitution,” Wilson said. “We have the 14th Amendment, which has clauses for expanding federal power.”

Each of the speakers expressed different opinions on how the Founding Fathers would feel about the way original framework for the Constitution is upheld today but ultimately they all agreed that a greater contextual understanding of constitutional power is necessary for American society to progress.