The shadowy figure crept along the wall ever so slowly.  It passed along the fireplace and made its way toward the corner of the room as it spoke the name of each and every present member of NMU’s Paranormal Research Team (PRT).  Before disappearing, the shadow said, “I am going to follow you all home,” according to the para team. 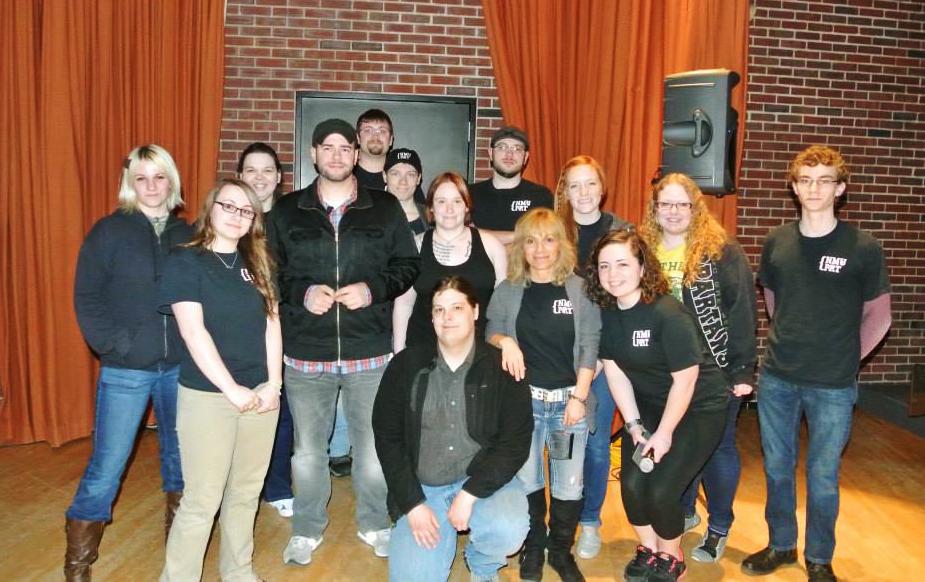 This was an experience of the PRT last year in the local Peter White Public Library. These happenings are nothing new to the team that seeks out the haunting occurrences in the night.

The PRT is a student organization on campus that has an interest in pursuing things that disrupt normalcy and consider the possibility that something otherworldly may be responsible for them.

The team contacts places deemed possibly haunted or are sought out by local residents and business owners that fear a certain something may be spooking guests or customers. They venture out to locations equipped with audio and video technology in hopes of seeking evidence of ghosts or apparitions lingering amongst the enclosure.

“These apparitions, or ghosts, can be split into two categories,” said Spencer Schott, president of the NMU PRT.  “The first is a lingering impression.  These will do things such as bang on the wall and slam doors.  They primarily just go through motions aimlessly.”

“The next is the intellectual apparition,” Schott continued.  “These are intelligent, able to think.  It is self-aware and can interact with people around it.  The shadowy figure we met at the Peter White Library would fit this category.”

The team was able to hear the ghost speak their names through a device they carry on their outings called a spirit box. This tool can switch radio frequencies at an extremely high rate and is believed to pick up disembodied voices of the supernatural.

The thought is, apparitions cannot communicate within the bounds of our conscience reality and therefore resort to using boundaries we cannot recognize such as radio waves, Schott explained.

“It takes some knowledge and know-how to distinguish between a voice and local radio stations however; don’t think everything you hear is going to be a ghost,” Schott said.

The way to pick up on apparitions is not limited to these spirit boxes.  Simple voice recorders or DVR systems can pick up things around you that cannot normally be seen or heard, whether paranormal or not, Schott said.

The club tries to use this equipment on their investigations as much as possible, normally venturing out a few times a year.  But as of late, the PRT has yet to go out this year.

“We do not have enough members currently to go on a trip; our members are too low,” Schott said.  “We also need a faculty representative to get our organization back up and running.”
Although the members are not currently in search of ghosts, they hang out and enjoy each other’s company as it is a great way to meet new people, Schott said.

“Not everything has to center around the ghost stuff per se. Sometimes it’s just great to hang around with friends.”
Those brave enough to pursue the paranormal can find more information about the NMU Paranormal Research Team on their Facebook at NMUPRT or by email at [email protected]