Enter a 1968 likeness of New Orleans where you can take on groups like the Italian mafia and the Southern Union to seek revenge as an ex-militant street kid who’s been betrayed by the Mafia. 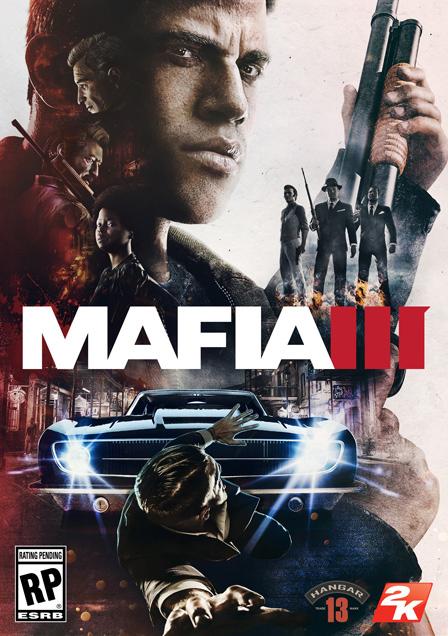 After Sal Marcano, an Italian mob boss, shoots you in the head before killing the closest thing you have to a father. Play as Lincoln Clay and recover to seek revenge on his many associates and everything he’s built around the city of New Bordeaux.

Collaborate with groups like the Irish, Hatian, and Italian mobs to destroy everyone connected to Marcano and wreak havoc on the city.

Gameplay: The best part of the game is the various ways you can approach each and every mission. Use stealth and cover to silently make your way to a target or kick in the front door and blast your way straight to him. It doesn’t take many bullets to put Lincoln down which makes shootouts even more fun because it keeps the player alert at all times during missions where they will have to check their surroundings every few seconds.

Players can use adrenaline shots as medicine to heal and keep their rampage going. The theme of the game is consistent with this era in history and the music is simply awesome because it’s new to most ears who weren’t around in the late ’60s. The game features hit singles of that era from groups like the Rolling Stones and Creedence Clearwater Revival.

Logistics: All of the muscle cars in the game drive like actual cars. You can only carry a primary and secondary weapon with a very limited supply of ammunition from mission to mission. Player deaths are extremely realistic. Civilian casualties aren’t as graphic as in titles like GTA V, which makes killing them cause more trouble than it’s worth, but they will call the cops if they see you stealing a car or having a shootout with the mob. Fair warning though, Marcano owns the city and the cops will show up to help the mobsters kill you.

Storyline: The transformation Lincoln makes from somewhat of a war hero to a merciless killing machine is gripping given what happens to him upon returning from the Vietnam war. One of the most emotional moments of the game is during a cutscene when a pastor Lincoln looks up to tells him that maybe what happened to him revealed who he already was on the inside. Developers did a remarkable job of allowing the player to get in the head of Lincoln and understand his motives. This is also a crucial component to understanding why after a certain point Lincoln goes well past what some would consider righteousness to just complete monstrosity.

What starts off as simply a plan of revenge quickly turns into missions of breaking up prostitution rackets, arming black neighborhoods to defend themselves against attacks by the Klu Klux Klan, and even liberating slaves still being illegally captured and sold by the Southern Union in the 1960s.

In the beginning of the game, a CIA agent recounts his dealings with Lincoln throughout his mafia career, giving the allure that either Lincoln got away with all of his crimes or he is on trial for them. This is a pretty consistent cutscene that is revisited often as the story progresses.

Improvements: Only recently was the option added to change Lincoln’s clothes after the game was on the market for nearly a month. As of now, there is not much downloadable content but with the purchase of a season pass, players will have access to missions in Vietnam and others that will become available, developers say. The storyline is also very linear for an open-world game which limits the player’s ability to choose what missions to do at their leisure.

Verdict: All in all, the game was deserving of a $60 purchase, but one downside is the gameplay gets repetitive after a while. It gets tedious when the player has to bust up the rackets because each one seems like the same routine over again. Another thing is that bonus add-on content is not available yet on any platform the game was released on but is coming soon.

Lastly, there are a lot of racial slurs and completely offensive language in the dialogue so a player must have pretty thick skin to handle this game. If you find highly offensive language entertaining, this game will certainly sate your appetite but for sensitive gamers, approach this title cautiously. Gamer discretion is highly advised for this title.