The 14th movie of the Marvel cinematic universe has continued the success of quality films to come from the studio, but sure has gotten strange. Benedict Cumberbatch stars as the newest member of the Marvel movie lineup as Dr. Stephen Vincent Strange, a talented surgeon who relies on the fantastic steadiness of his hands to perform magnificent surgeries most would consider impossible. 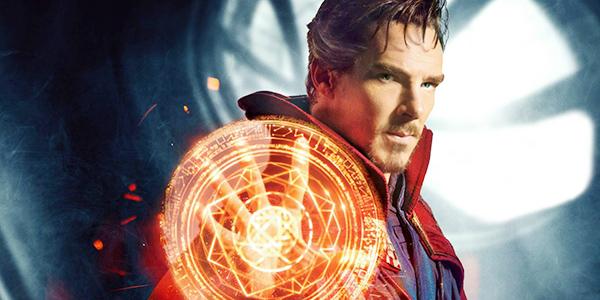 Story: All is looking up for Strange, but when a car accident results in the near destruction of his hands, his world is turned upside down. In a surge of desperation, Strange travels to Asia in search of a group of people he believes can help restore his hands.

What he finds though, is a school of sorts where sorcerers seek out to learn and control magic. Strange studies and masters the art of sorcery, a villain is resurrected, the world is in peril, while the film follows the typical Marvel story formula we’ve seen many times.

However, not to say this is a negative thing, for the formula can work exceptionally well, but it must bring something new to the table.

Style: “Dr. Strange” is unfamiliar property for the general public just as Marvel’s “Guardians of the Galaxy” was. Most have never heard of these properties in hero movies, such as magic. In order to draw in mainstream interest, the movies bring out acclaimed actors and advertise the properties as something yet to be seen with the superhero genre. “Guardians” was able to succeed without being familiar however with its unique science fiction space opera theme and clever wit and humor.

In order for the shared film universe to feel connected, any new elements must find a rational way to coexist with the laws of the universe prior films have established.

“Dr. Strange” found a great way to add this in as they explained the magical side of the Marvel universe as something that is not seen and obvious to man. It is always at work and always influencing the world it inhabits, but in ways that only those who’ve trained such as Strange may realize and manipulate.

With this magic element, the film takes full advantage of the surreal nature it can craft and displays some of the trippiest imagery ever to grace the silver screen.  To put it to a comparison, it is as if “Inception” was on steroids.

Scene after scene looks as if it were shot through a kaleidoscope as there is no predictability to what Strange or his companions or foes will do to manipulate the environment around them, whether it be turning the walls sideways to become the floor or warping New York City into something that would make “Inception” blush. The film is no doubt Oscar worthy for special effects.

Characters: The character development of “Dr. Strange” may be the best aspect of the movie: A man with great skill and talent but corrupted by his ego is sent crashing down to the bottom, only to redefine himself by admitting his faults as a human being. The film has a great sense of self-reflection on one’s ego and how turning to help in times of need can be good and bad as Strange finds that his mentors, though helpful and well intentioned, are far from perfect. He turns to his teachers for guidance in the art of magic, but when they confront his personality he stands firm for the man he believes himself to be.

The characters surrounding Strange are serviceable. They each have their moments to stand out and each gets a good one-liner, but the Achilles heel of Marvel Studios shows up when it comes to the villain. The antagonist of the movie is uninteresting and bland in comparison to the fantastical imagery and wonderfully developed Strange.
There is a sense of sympathy the film tries to push on the villain, but the motive is the same as every Marvel antagonist: to take over the world. The villain is anything but unique.

Verdict: “Dr. Strange” is a welcome change to the Marvel movies. It opens new possibilities to future installments and dazzles the eye with amazing visuals. Strange may be the best developed character yet of the Marvel lineup and he alone is worth the price of admission. Even with a lackluster villain, the film stands strong.