Career outlook, equal love, marijuana laws, Donald Trump—the realm of current affairs the present generation is living in is an unavoidable topic that sparks both conversational agreement and confliction throughout the country and even campus. 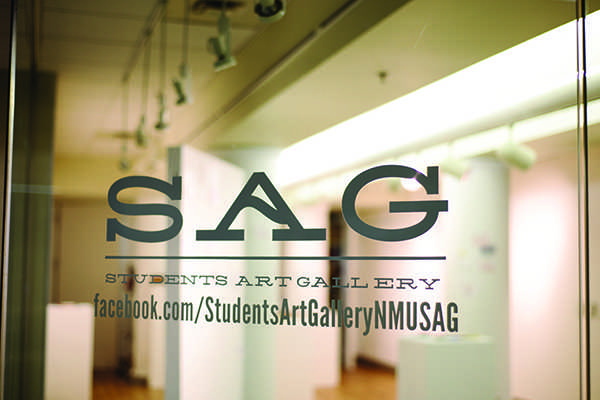 NMU’s Student Art Gallery (SAG*) is offering students a space to express their opinions of current events with their present exhibit: ‘4×6: Perceptions of Current Events.’

The two week long exhibition began Jan. 16 and provides 4×6 notecards, pens and pencils to use as a medium to artistically express varying perceptions of the world.

“It’s to have interaction with people you might have differing opinions with,” said Ellen Saville, senior art history major and di- rector of the SAG*. “You don’t know who was in here (the gallery) before and you might read something that makes you think differently or gives you a strong reaction, positive or negative.”

This is the first exhibit of the new semester for the SAG* and is meant to engage community members as well as students of all majors.

“No matter what campus you are on, it’s a community in its own right and it’s important for everyone to coexist with each other,” said Assistant Director Paige Roehrig and junior art history major.

The idea for ‘‘4×6’’ came from a similar exhibit held at an Indiana University, the SAG* wanted to focus on open expressionism because of the upcoming governmental changes, Saville said.

The First Amendment can be found posted in various places throughout the gallery. This reminds people to think of the depth of what they are putting on the wall, Saville said.

After one day there were over 15 notecard contributions on the walls of the gallery with varying messages and topics, such as politics, one’s compliance to social standards, the relationship between corporations and people and one comparing the cur- rent state of our nation reading, “We’re pretty much living in a Kurt Vonnegut novel right now – America’s now the laughing stock of the world.”

“People verbalize their feelings in conversation with each other, but I think it’s interesting to see their issues as art verbalized on a wall and in a gallery,” Roehrig said.

The “4×6: Perceptions of Current Events’ exhibit will end Jan. 27. Those wishing to contribute to the exhibit are encouraged to bring in their own art supplies or to take note cards home.