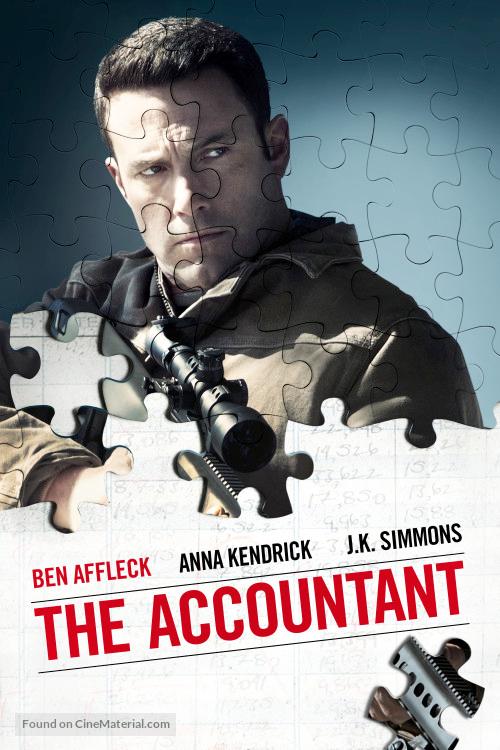 Story: “The Accountant” offers an unconventional view into the world of an autistic boy gifted with the ability to complete tasks exceeding his age range. Protagonist Chris Wolf (Ben Affleck) offers up his talents to a number of high-profile criminal organizations and clients, eventually leading him to flee government restriction from the United States Treasury Department.

Characters: Director Gavin O’Connor, best known for his direction of “Pride and Glory” and “Warrior,” produces a slow-burning storyline that allows for well-invested character progression. Ben Affleck also brings a lot of spice and emotion to his character, a side of him that we have yet to see prior to this film.

This slow and well-executed progression may turn away some viewers while others are left to see the artsmanship behind the lens. Lamar Blackburn (J.K. Simmons) sets out to gain a stronger understanding of Chris’s motivations as an accountant. His character offers a tremendous amount of tension, unease, style and force in scenes throughout the film. Chris’s father (Robert C. Treveiler) offers guidance with his tough military hand, yet teaches Chris the necessary skills to use his shortcomings to his advantage.

This film has a long cast list of well-established actors which may both draw in an older audience or familiarize a younger generation with an old-school style of character delivery.

Style: This film is full of heavy drama and gut-wrenching action sequences that build a world of turmoil.  Affleck embraces a character who communicates poorly and doesn’t respond well to dysfunctional situations. He embodies many of the realistic mannerisms of autism with a life full of order, loud music and beating himself up to cope with an imperfect world he cannot control.

The long-to-short lens focusing style of O’Connor really shines in this context, giving each scene a subconscious tension for audiences to feel as they watch. A simultaneous amount of subplots occur, allowing the viewer to jump between backstory and present day, adding to the artistic complexity of this film.

Verdict: A number of flashback sequences are used to offer backstory into Chris’s challenging childhood as a black sheep. These scenes demonstrate how he learns to cope with his disability along with how those closest to him respond to his demeanor.

This vision into autism is realistic, but can feel too centric in some scenes in the film, making the point a bit too strong. This film is targeted towards an older demographic who aren’t in need of a fast-moving storyline or genre-specific movie, given that it doesn’t fit suitably into just one genre of film. Strong elements of drama, action, comedy and romance shine through this diverse film leaving audiences to fill in unanswered questions.