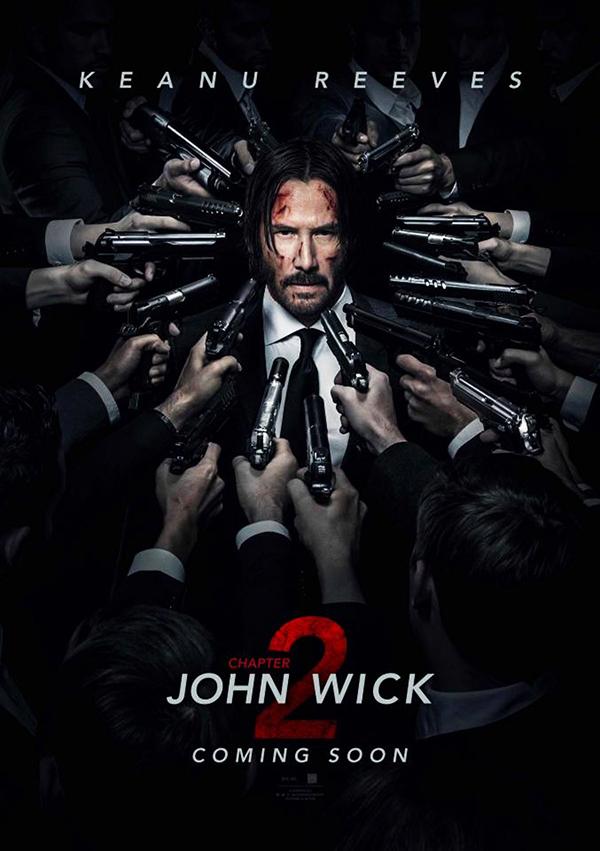 After his return to the underworld of criminal activity in the first movie, John Wick is called upon to repay a debt that leaves an extremely large bounty on his life.

Story:  As one character describes him, John Wick (Keanu Reeves) is a man of focus, commitment and sheer will. The stories you hear about this man, if nothing else, have been
watered down.

In the beginning John attempts to retrieve his car which had been stolen from him in the first movie. After this is accomplished, John thinks he is finally out of the hitman world, until he is forced to honor a blood oath he had made with an Italian playboy, Santino D’Antonio. After honoring this oath, Santino places a bounty on his head.

Throughout the movie John fights to stay alive. In the end the bounty is removed, but due to the circumstances causing the removal he is put in an even more dangerous situation. The movie ends with John running through the streets with his dog at his side, leaving a perfect opportunity for a Chapter 3.

Characters: John Wick dominates the screen. Santino D’Antonio (Riccardo Scamarcio) plays a major role throughout, despite not seeing him frequently. Prior to the first film, John made a blood oath with Santino in exchange for help. Santino calls upon John in the beginning of the film when he finds a task he cannot do himself.

Winston (Ian McShane) manages the Continental, a hotel that the hitmen stay at but are not allowed to conduct business in. In the first movie you see Winston giving John some helpful hints as to the whereabouts of people, and that remains the case in “Chapter 2.”

Winston is a friend to John throughout the film, even in the end after John has broken a Continental rule that is punishable by death.

Style: Adrenaline is constantly rushing in this action-packed film. The movie is dark and dimly lit, giving you the eerie feeling of a murderous rampage about to ensue. The music selection is similar to the first, with lots of heavy beats to get you into the action scenes.

There is more dialogue in this movie than the previous, but again, it is kept to a minimum as the movie truly focuses on the violence.

Verdict: Going into this movie as a die-hard John Wick fan, watching it at least once a week, I was very skeptical as to how the creators could improve it. “John Wick: Chapter 2” is arguably better than the first. The movie follows along the same themes as the first, making it not only extremely action-packed, but also quite humorous if you are able to understand the references.

The other benefit to “Chapter 2” is the number of kills. If you watch the first movie, you notice that there are not only a lot of kills, but a lot of shots through the head. This movie did not disappoint in that area, and in fact blew the number out of the water with a whopping 128 kills, 104 of which were headshots.

The film is extremely entertaining but you definitely need to sit down and watch the first one before you go see this in order to fully grasp why certain events are unfolding.