Future reflects upon the past 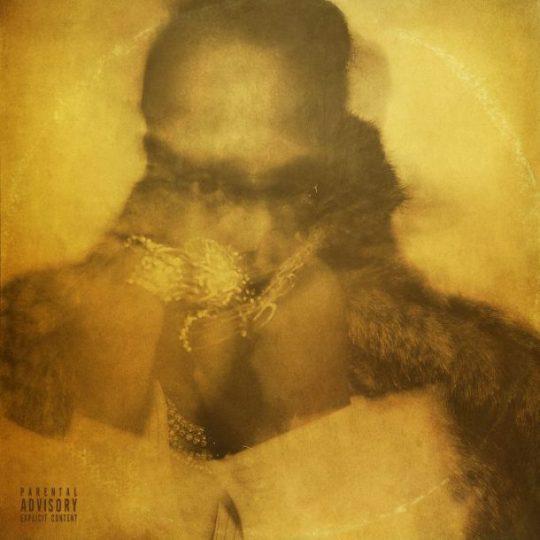 After a colossal 2016 Future, also known as Future Hendrix, purged himself of all social media accounts and moved back to his hometown of Atlanta in hope of getting back to his roots to construct his featureless, self-titled album “Future.”

“Rent Money” is a hard-hitting introduction into the world of “Future.” Future delivers lyrics intertwined with a rapid beat. This thrilling song practically jumps out of the speakers when turned up. The dark moody aesthetic works well mixed with the energetic delivery of Future gloating about his jewelry, women and illegal activities that has a hungry aggression in it.

Darker tracks like “Good Dope,” “Zoom,” “Scrape,”  “Flip” and  “Super Trapper” are loud tracks where Future raps as a trap kingpin and successful hustler. These songs have a clean production, but begin to sound stale with not much substance.

In tracks like “POA,” “Poppin’ Tags,” “Mask Off” and “High Demand,” Future continues to rap about the ruthlessness and riches that got him from the streets to the top of the rap world. Future gloats about his popularity and enjoying the fruits of his labor.

“Draco” has a great laid-back vibe that is perfect for a cruise with the windows down and volume up on a bright spring day. A captivating hook that is irresistible to sing along to and drums play with Future’s delivery perfectly, quickly makes this one of my favorites of the album.

Another exceptional track is “I’m so Groovy.” The lyrics are laced with hypnotic drug indulgence that borderlines between recreation and addiction, giving it a dim groovy ambiance and a moody instrumental. His voice has an effortless, almost slurred sound. Future carries himself with a sly, cool confidence as if he were the most popular kid in high school.

Behind the façade of a confident drug lord and famous rapper, a troubled artist is buried. He raps about balancing his busy lifestyle and intimate relations on tracks like “Outta Time” and “Massage in my Room” to softer beats that still carry a southern rhythm to them.

Along with the rest of the album, he is attempting to drown himself in a cocktail of various substances to numb the pain of heartbreak and the anxieties that come with the paranoia of a criminal who has been thrown into the limelight.

Future’s vocal inflections air his pain in a beautiful, harmonic way. He uses an abundance of autotune in order to use his voice like an instrument with the beat.

“When I was Broke” is a tragic love song about a girl who stayed with the rapper through hard times with no means. The two then struggle to stay together after gaining success and riches. Future fights with himself over how they began to fall apart when things were supposed to get easier.

Future’s singing is the best to date on “Might as Well.” His melodies are soothing and enchanting as you can hear the struggle in his crackling voice.

“Feds did a Sweep” is a tribute to Future’s friends back home who fell victim to the streets for the same activities Future raps about. Painting a vivid picture of officers flooding an abandoned trap house during a raid creates a dramatic portrayal of the harsher, more realistic side to the usually glorified street life.

Beneath the diamonds and outward rapper façade, Future is dealing with personal issues that create depth and a certain edge to the album. The introspective tracks make the rapper more personable than usual trap music.

Future has a duality to him as he bounces from lucrative drug dealer to troubled artist with a broken heart doing what he can to try and mend his wounds. “Future” has the versatility to be turned on when you are dressed in your favorite outfit and feeling fly, or to put on after a rough breakup when you don’t have the energy to leave your room.

After the success of this album, Future announced this week he will be releasing a follow up album “HNDRXX” Friday, March 24.