New ‘Beauty and the Beast’ casts the same spell 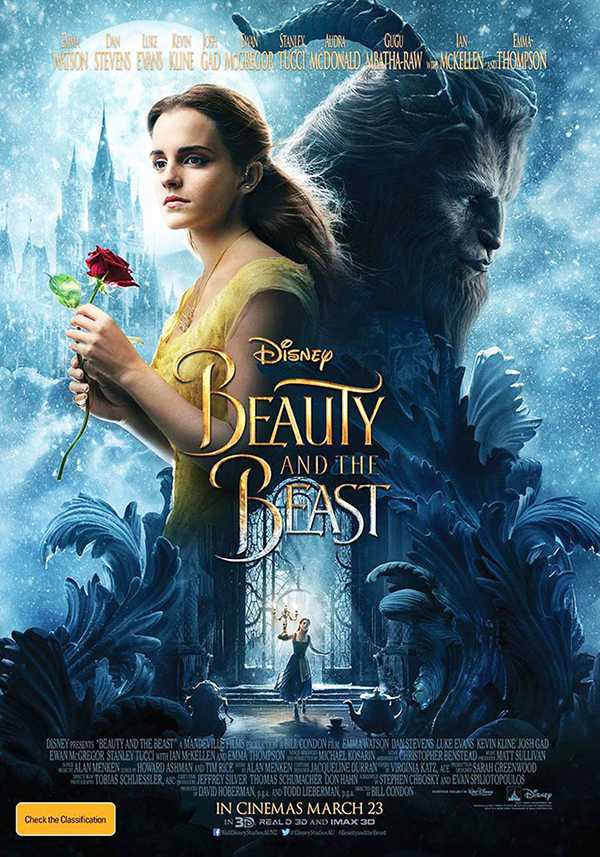 White and gold ball gowns swept the ballroom floor as the new “Beauty and the Beast” took the screen for a live-action adaptation. The film opened with Audra McDonald singing the “Beauty and the Beast” theme song and led us to find out why the prince was turned into a beast by the hag.If you remember Disney’s 1991 version, this part was shown in a sequence of stained glass window scenes.

Story: The story overall is very similar to the Disney version with some slight differences. In the live-action version, Belle watches as her father, Maurice, leaves to go to the market instead of going off with his invention like in the original movie. However, he still finds his way to the Beast’s castle. At the castle he is held because he steals a rose instead of being held for warming up by the fire as in original.

There is also more of a backstory to both Belle and the Beast as we find out what happens to Belle’s mother and how the Beast was raised by his father. The ending is still the same with the village storming the castle and Gaston falling to his death.

Characters: Emma Watson was a perfect fit for Belle as she embraced the qualities of the character and made her come to life as she teaches a young girl how to read and helps her father repair something he is working on. Dan Stevens (the Beast) was also a good fit as he brought the Beast’s stubborn ways to life by not only his facial expressions, but his actions as well. One character that I was not particularly keen on was Luke Evans as Gaston. While he portrayed Gaston’s eye for Belle rather well, I felt like something was lacking in his
other qualities.

Style: Most of the costume designs I enjoyed except for the prince’s costume in the opening scene when he wore a wig and makeup that took away from his appearance. The writing fit the characters’ personalities well and also differed from the original as some of the lines were made more modern.

The writing moved the storyline along smoothly, not lingering on a scene more than they had to. The sets were spectacular and had many little details, such as the woodworking in the rooms in the castle, which made them stand out. There were more songs in this film, with three different renditions of the “Beauty and the Beast” theme song by Audra McDonald and Emma Thompson who both sang wonderfully, their different voices adding beautifully to the song.

The special effects throughout the film, such as the talking teapot and the golden flakes that formed the sparkles on Belle’s yellow dress added to the overall magical effect of the film.

Verdict: There were some moments in the film that were different from Disney’s 1991 version but I expected this, as other recent live-action film renditions have done the same. The film overall was well done and had a lot of great detail to it.

Recently a lot of controversy surrounded this movie in regards to a “gay” scene. I feel this controversy was unnecessary. The scene in question was merely two seconds of Lefou dancing with another man because everyone was switching partners.

Even with the minor changes in detail from the original, the movie held a magical quality and humor throughout that kept me entranced.