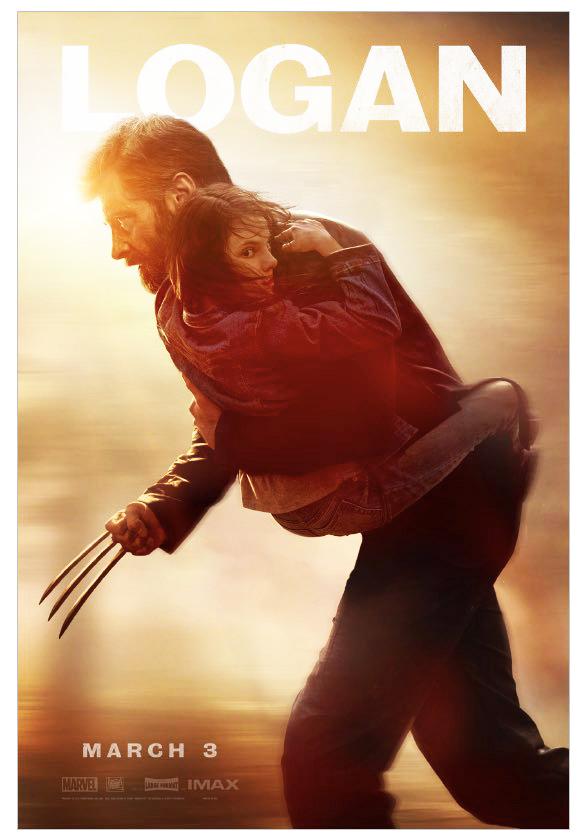 The final chapter of Hugh Jackman’s Wolverine, based loosely on the “Old Man Logan” comics, hit at the heartstrings over and over again while moving through a much darker world than past X-Men movies. Though following many familiar X-Men characters, “Logan” worked as a stand-alone film to the rest of the series, marking its uniqueness through it’s rated R designation.

Plot: The opening scene of “Logan” quickly makes the R rating apparent as James “Logan” Howlett wakes up in his rental limo in the year 2029. He has clearly been drinking but is jolted awake to the sound of thugs breaking into his chauffeur limo that has become his only means of making a living. Logan gets out of the van and takes on the men but it quickly becomes clear that he does not have the strength or healing abilities that he once had. One of his blades can’t even extend out of his knuckle to its full length.

This scene is full of blood and profanity, all the while making the audience cringe at the evident pain Logan is feeling. I was anticipating the rapid healing that was the trademark for a younger Wolverine, but instead was met with a rugged and limping old man. Through the movie you discover that Logan has been slowly poisoned by the adamantium coating his bones.

While facing deteriorating health Logan has also been taking care of Professor Charles Xavier, played by Patrick Stewart, as he goes through seizures and challenges of Alzheimer’s. Professor X’s mental health is complicated by his telepathic powers, making him a danger to the people around him if he has an episode.

Logan clearly has a complicated relationship with the professor. Logan’s life takes a turn when a woman approaches him and begs him to take a young girl she has with her named Laura to the Canadian border. He refuses at first, but when threatening men come into town paving a deadly path to capture the girl, Logan, Professor X and Laura find themselves on the road to Canada.

Characters: The strongest part of “Logan” is the characters and how they grow with one another. You discover over time that a corporation used Logan’s DNA to create Laura. Logan realizes this early on but doesn’t know how to handle it. At the same time Logan’s relationship with Professor X continues to be complicated, but you see that they care for each other. Every relationship contributes to a heart-wrenching end and  pulls the viewers through every trial.

The only downside I see to the character development is that there were many references to the past, but it was not clear enough to pull together a cohesive picture. If this was added, “Logan” would have held its ground as a perfect stand-alone.

Style: The lighting, writing, costumes and overall feel of this film was phenomenal. Never once did it stray from the darkness of the story, but the characters and writing offered a bit of lightness when it was needed. Director and co-writer James Mangold captured “Old Man Logan” in his rendition of “Logan” by embracing a different and darker world. Taking on the rated R film was a choice that proved successful.

Verdict: I don’t cry often during movies. This one certainly made me shed a tear or three. It was a very well-orchestrated end of an era. While the rating allowed for more gore, I found the amount used appropriate. It was sobering to see Logan beaten down, making it clear that this was not another Wolverine movie, it was something more. The plot was heavy but thought-provoking and every character fit a purpose. I am sad that this is the end, but Jackman certainly left a mark with this final film.