Rounding out the edges 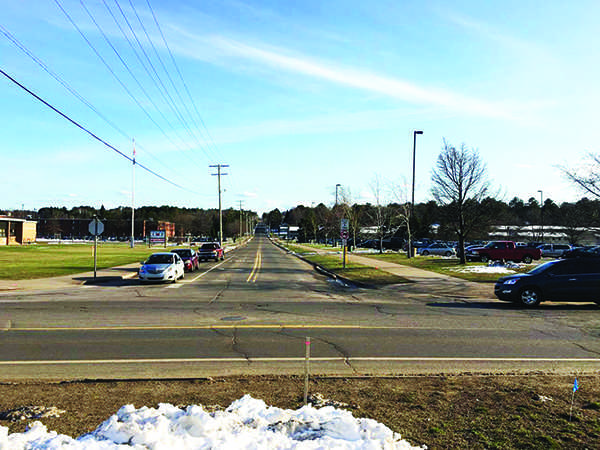 In partnership with NMU, the City of Marquette will add three new roundabouts around campus which will be located at the intersections of Wright Street and Lincoln Avenue, Wright Street and Sugar Loaf Avenue and Presque Isle and Fair Avenue.

Construction for the roundabouts at Wright Street and Sugar Loaf Avenue, and Presque Isle and Fair avenues are projected to start mid-May and will likely be completed around mid-to-late July.

However, construction for the intersection of Wright Street and Lincoln Avenue will start later in the summer and will probably bleed into the fall semester, said Jim Thams, director of facilities and campus planning.

“There is no doubt that this is going to be invasive,” Thams said. “This is a lot of work but in the end, I think what everyone gains from this is worth the pain of the construction.”

While the project is funded by the city, the NMU facilities planning staff have been closely involved and have worked with city engineering and managing staffs toward the implementation of the roundabouts.

“We are going to have to grant the city some small right-of-way additions so that these can be constructed. But we chose to do that because any one of these three intersections can cause congestion problems for university staff and students,” Thams said.

“We see [the roundabouts] as a benefit to the university. It helps vehicular and pedestrian circulation at the perimeter of our campus.”

Along with easing the flow of traffic at the intersections, the roundabouts will include an island in the middle of the crosswalk, so citizens crossing the street can stop in the middle before continuing, overall making it safer for pedestrians, Director of NMU Public Safety and Police Services Mike Bath said.

“From a public safety standpoint, traffic flow should be much safer and it should move traffic faster than the lights do,” Bath said. “The hope is it will be a safer crossing because [pedestrians] are not crossing all the lanes of traffic.”

During the construction process, the intersections on Wright Street will be closed down but an east to west bypass will be set up along the south side of the road for daily traffic. Drivers will not have access to Lincoln Avenue or the campus entrance on Tracy Avenue from that portion of Wright Street.

The Presque Isle and Fair Avenue intersection will also feature a north to south bypass and drivers heading west on Fair avenues will not have access to Presque Isle, Thams said.

“The gain at the end, I think is worth it. The city is trying to do as much as they can over the course of the summer. Initially, they had wanted to start this construction before school got out. That could have been problematic for students,” Thams said.

“Now that we’ve been able to push this until after school is out, I think helps. Is it going to be difficult when school comes back? Sure, but our construction window is very short.”

Thams added that the second week of November is usually when road construction must end due to the cold weather causing asphalt production to shut down.