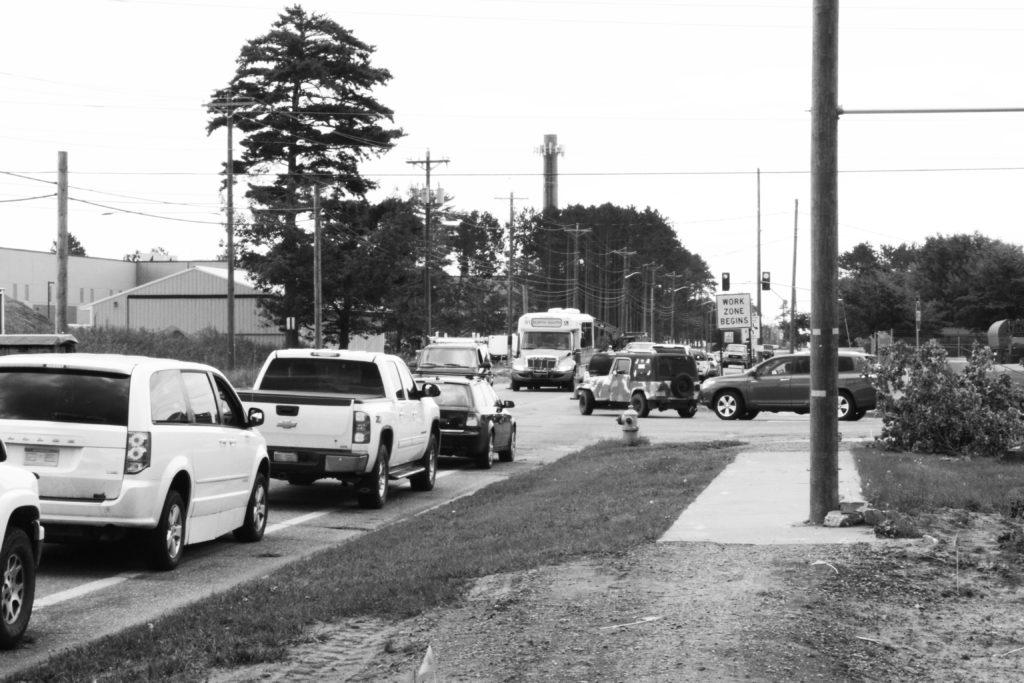 Due to continued roundabout construction on Wright Street, NMU Public Safety is encouraging commuter students to add a 20 minute “buffer” time to their normal commute.

“We’re getting around it,” Detective Lieutenant Guy Laplante said. “I think we’re getting near the end so there is a light at the end of the tunnel but we’re going to have another construction phase starting.”

Along with construction, parking will be more difficult during the first few weeks of school, Laplante said. It is also important to adhere to the signage around construction zones, watch for construction workers and avoid rushing.

Signage can be confusing, Laplante added.

“Map-out your route if you can,” he said.

Though the construction is currently causing difficulty the end result will be worth it, Laplante said. Traffic will be significantly more smooth and safer in the long run.

“No one likes change but on the other side of it, what they have planned is for a reason,” Laplante said. “It’s going to be so much easier when it’s done to get around here.”

Construction around the PEIF and Dome will also be challenging when the athletic season kicks off, Laplante said.

Head of Public Safety Mike Bath has also been working with the Wildcat Shuttle to put together a route that will work with the construction on and around campus.

“Keep in mind, with the construction there may be delays at peak times,” Bath said. “We should be reminding students to plan accordingly. I anticipate some delays during the first few weeks of the semester. Once the roundabout opens up at Sugarloaf and Wright, we will make some adjustments in the timing to better reflect where the bus will be.”

The shuttle schedule can be found at www.nmu.edu/publicsafety/wildcat-shuttle.

After speaking with the city engineer, it is anticipated that there will be a lane switch on Wright Street starting Friday, director of Facilities and Campus Planning Jim Thams said. A gravel bypass has also been created through the intersection of Presque Isle and Fair Avenue.

“What’s happening around campus is pretty invasive,” Thams said. “There’s no doubt about that.”

Thams encouraged students to be aware that foot traffic will be difficult through construction zones. There are pedestrian crossings down Norwood Street just east of traffic.