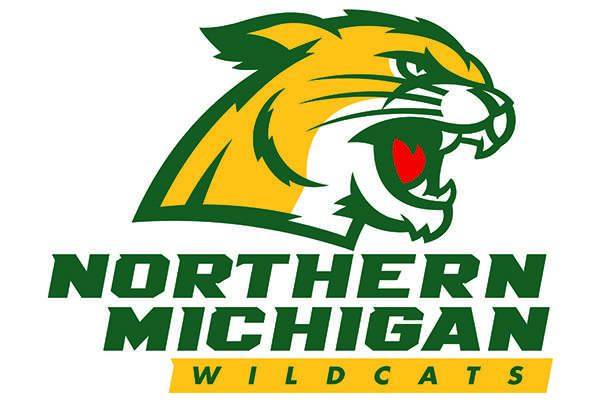 Kyle Nystrom was announced as the 22nd head coach of the Northern Michigan football program, giving him the opportunity to return home to Marquette and rebuild the program that defined his childhood.

Nystrom was in fifth grade when his father, Buck, who now serves as a volunteer offensive coordinator, began his first stint as an assistant coach on the 1975 NCAA Division II national champions Wildcat staff.

“We are humbled and appreciate this opportunity to return to Northern Michigan,” Nystrom said. “We look forward to rejoining the Marquette community and the Upper Peninsula. We are eager to start coaching and working with the Northern Michigan football team. We are very much looking forward to being with our players and teaching them our philosophy and installing our plans for development.”

Nystrom has amassed nearly 30 years of coaching experience and spent the past two seasons at Ferris State and was elevated to co-defensive coordinator before the 2016 campaign.

Last season, the Bulldogs advanced to the NCAA tournament semifinals for only the second time in program history after downing Midwestern State and Colorado Mines in Big Rapids and then stunning Grand Valley State, 47-32, in Allendale, Michigan. Two of Nystrom’s linebackers earned all-GLIAC recognition
for their performance.

Bob Bastian, who served as interim head coach in 2016-17 and as assistant coach in 2015-16, was named the head Northern Michigan men’s and women’s golf coach in the spring.

“To have the opportunity to be the head coach of the men’s and women’s teams at Northern Michigan is something I’m very passionate about,” Bastian said. “Since I began as the interim coach, everyone has been incredibly supportive of me. The administration, community and GLIAC coaches have all done a great job of fostering a positive environment for the student-athletes and myself. We have amazing players here at Northern Michigan who are a joy to coach on and off the course. I think both programs have very bright futures, and I’m excited to see where we can go in years to come.”

The men’s team placed in the top five at three events. A highlight of its season was a third-place finish in a competitive 20-team field at the
Kohler Collegiate Classic.

“After meeting with everyone here at Northern Michigan, it was clear to me that this was the right fit,” Basma said. “I’m really thankful and excited to start piecing things together with this talented team. I would like to thank Forrest Karr and Bridget Berube, who have been very welcoming, and the entire search committee. I would also like to thank my coaches at American International College and Nichols College for helping me grow as a coach. Being a Division II product myself makes getting back into this level that much more exciting, and I’m extremely grateful.”

Basma was elevated to Nichols College’s head coach in December 2015 after spending her first season in Dudley, Massachusetts. as an assistant coach. She began the process of turning
around a team that went 2-14-1, losing by an average of 2.71 goals per game and by as many as six, this past campaign. In 2016, the Bison played in nine one-goal games.

Potulny spent the past eight seasons as an assistant coach at the University of Minnesota, where he helped the Golden Gophers capture six regular-season conference titles and qualify for five NCAA tournaments.

“My family and I are very excited to be joining the Northern Michigan community,” Potulny said. “The hockey team has been a great source of pride for alumni, fans and students for the past 41 years. This is a wonderful opportunity, and I look forward to adding to the tradition and success of Wildcat hockey.”

A two-time NCAA and WCHA tournament champion during his playing career at Minnesota, Potulny has also experienced success on the international stage. In 2013 and 2017, he helped the United States win the IIHF World Junior Championships as an assistant coach.

At Minnesota, Potulny worked primarily with the forwards and power-play units and was heavily involved in recruiting. Under his guidance, the Gophers were one of the nation’s top offensive teams.

In 2012-13, Minnesota led the Division I ranks with an average of 3.48 goals per game. Each of the past five seasons, the Gophers averaged more than three goals per game and never finished lower than 11th in the nation in this statistical category.

Mike Lozier joins the Wildcat after having success at both Wayne State and Grand Valley.

“I would like to thank President Erickson, Forrest Karr, Alex Tiseo and the search committee for this amazing opportunity,” Lozier said. “Northern Michigan has an incredible history of success in volleyball, and I believe that the foundation is in place to continue that success. I am very excited to get in the gym with the team and get to work.”

During his time with the Warriors, Lozier directed the program’s recruiting efforts, assisted in practice planning and implementation and broke down game film. In 2016, Wayne State secured its first winning season since 2012 by going 19-11 (10-7 GLIAC).

Before he joined the Warrior staff, Lozier held the same position at Grand Valley State in 2013. That year, the Lakers won the GLIAC regular-season and tournament titles and finished with a 31-4 (17-1 GLIAC) record after falling in the NCAA
midwest region finals.