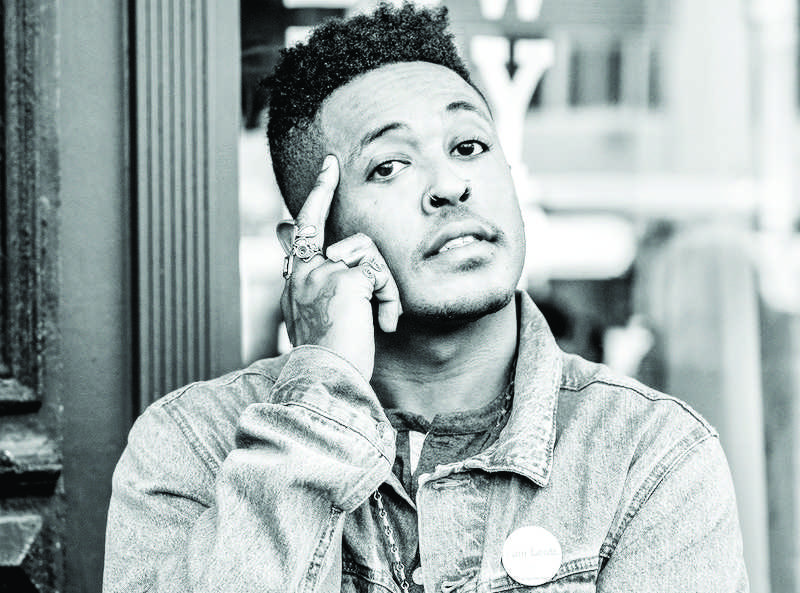 Poetry of rhythm, rhetoric, diversity, sexuality, social class and faith will make its way to Northern today at 7:30 p.m. as poet Danez Smith performs his spoken word art in the University’s Pioneer Rooms as a part of the NMU English Department’s Visiting Writers Series.
This month’s Visiting Writer’s Series will feature Danez Smith. A Black, queer, poz writer, and performer from St. Paul, Minnesota. Smith presents an array of topics through various forms.

“[Smith’s] work is amazing and important. He’s kind of an important essential voice in what
one might call a turbulent socio-political time. He addresses that in his work via various voices, dramatic monologues and in various degrees and in various ways,” said director of the Visiting Writers Program and associate professor of English Matt Frank. “He really furthers an essential and current dialogue in his work and on top of that, not only is [Smith’s] work brilliant, but he’s a great reader and performer.”

Author of “Insert Boy,” “Don’t Call Us Dead,” “Hands on Your Knees” and “Black Movie,” Smith was also once the star of a solo show Off- Broadway. His work has been featured on “The Late Show with Stephen Colbert,” “PBS NewsHour,” “Buzzfeed” and now at Northern Michigan University.

Though housed in the English department, the Visiting Writers Program brings a variety of writers, such as Smith, to campus that cater to a broad academic crowd not just English and writing students, Frank said.

“We try to bring in a diverse number of writers not only by way of genre—poetry, fiction, non fiction, journalism and so on and so forth, but writers who are writing from and about various and diverse sociocultural milieu and things too.”

The program also gives Master of Fine Arts, graduate and all students an opportunity to meet, work and hear with writers with- in the field.

“The dual aim of the Visit- ing Writers Series is to serve as kind of a seductive recruitment tool for potential Master of Fine Arts (MFA) and creative writing candidates,” Frank said. “We’ve had visiting writers hook writers up with their agents and editors too, it’s that essential relationship developing within our kind of artsy field.”

According to the Association of Writers & Writing Programs, a healthy Visiting Writers Series and literary journal are important aspects of a thriving English department and MFA program, both of which Northern has, Frank said.

Bringing published writers to Northern helps students make connections and also exposes them to various modes of expression being embraced in the literary world such as those presented by Smith, Frank said.

“It’s exposure to an incredibly important dynamic young writer who is addressing concerns that affect all of us and shaping it via the artistic construct of the poem in really beautiful ways.”

Smith’s performance is free for students and the public.