‘Sonic’ spins nostalgically out of control

The fans cheer out, “Sonic is good again,” and I sit here from a reviewer’s desk feeling a bit like the Grinch, my heart trying to grow but it just won’t make the commitment. 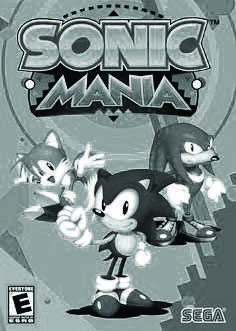 Sonic games have had a tumultuous history ever since becoming 3-D and trying, again, to find its roots as in this new 2-D game styled after the original Sega Genesis titles. 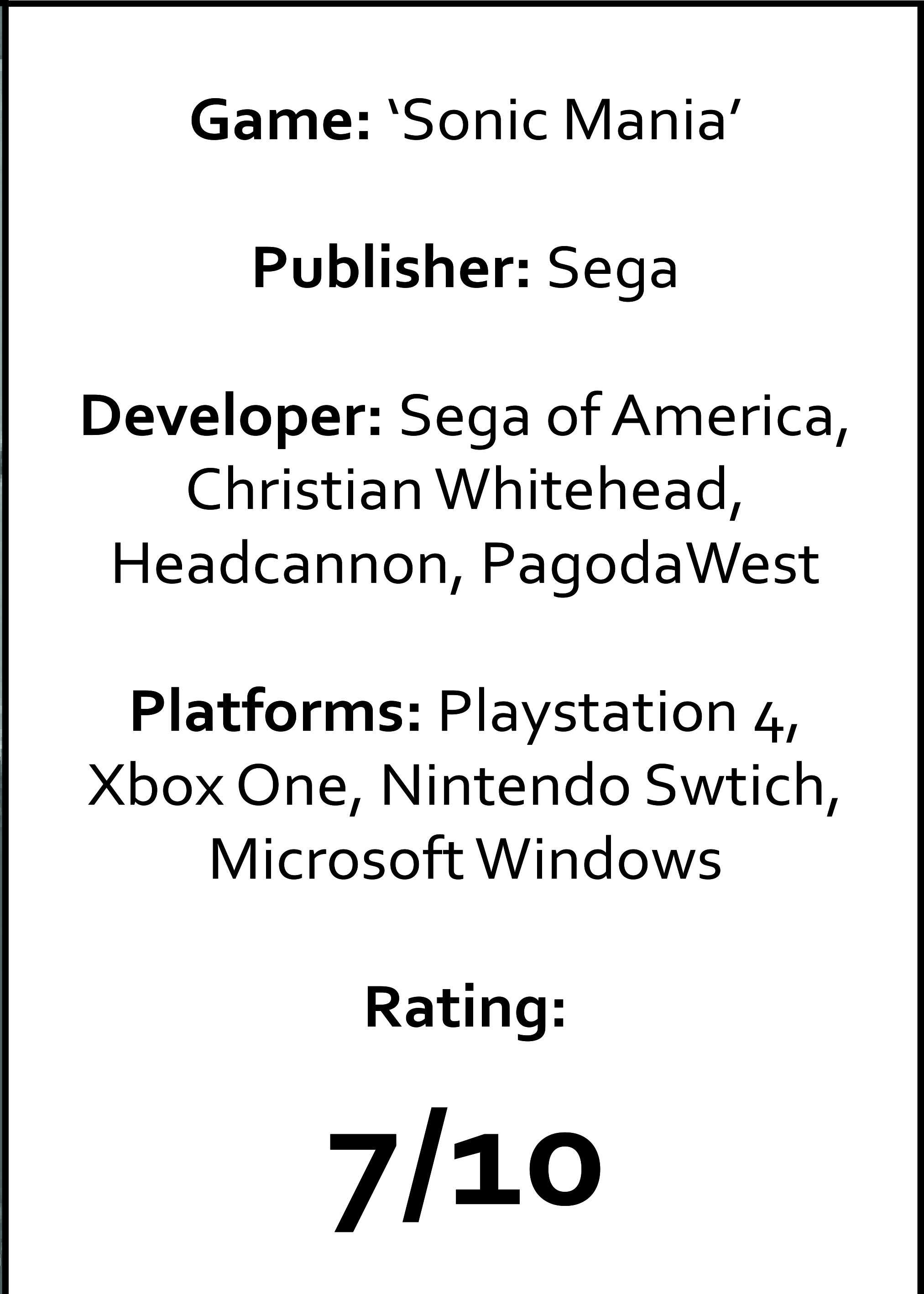 “Sonic Mania” was published on Aug. 15, 2017 by Sega but was developed by the team of Christian Whitehead, Headcannon, Sega of America and PagodaWest Games. Aside from Sega, these groups were fans of the series who pitched their fangame to be official.

Unsurprisingly this “Sonic Mania” pays homage to the series, though only to the 2-D games. A brief story plays in which series villain Dr. Eggman finds the Phantom Ruby which warps reality and mixes old locations with new ones. Some stages, like Studiopolis Zone were created for “Sonic Mania” and make up some of the high points of the game.

The playable characters— Sonic, Knuckles and Tails—all control just like the old games, thanks to the developers studying gameplay and the source code from the first four Sonic games. Very little is new, aside from a mid-air dash and a few new gimmicks like a
bounce-serum in Chemical Plant Zone, to make old levels feel fresh.

Despite an authentic childhood experience, all is not well. Ugly level design returns, such as the infamous underwater climb from Chemical Plant Zone, and many of the remade levels feel at times lazy, ripped wholesale from the originals. I would like to say that all the new levels feel fresh and fun, but this is not the case. Mirage Saloon Zone: Act 1 is a four minute chore with no checkpoints and the final levels push the player dangerously close to the 10-minute time limit that will kill Sonic if exceeded.

A new minigame for collecting the Chaos Emeralds was made where one must chase an Eggman drone in a pseudo 3-D space. It starts forgiving, but by the fifth emerald it requires intense precision with dodgy controls that slide all over, ejecting you and making you find another giant ring to try again.

While the game is ultimately fun, and oozes with the love put into it, “Sonic Mania” only feels fast when on loops and in tubes. Enemies and hazards force the player to slow down to a Mario-like pace. Endless pits and crushing traps feel more common than they used to, leading to cheap deaths.

For nostalgia seekers and connoisseurs of retro games, I can’t recommend this enough. However the warts of old design will put off those unfamiliar with it and eventually new buyers might be rightfully frustrated with this game being already past its prime when released.

To conclude, while the game overall is fun, I give “Sonic Mania” a C grade or 7 out of 10 for capturing an iconic memory so well, even if some parts were better left forgotten.