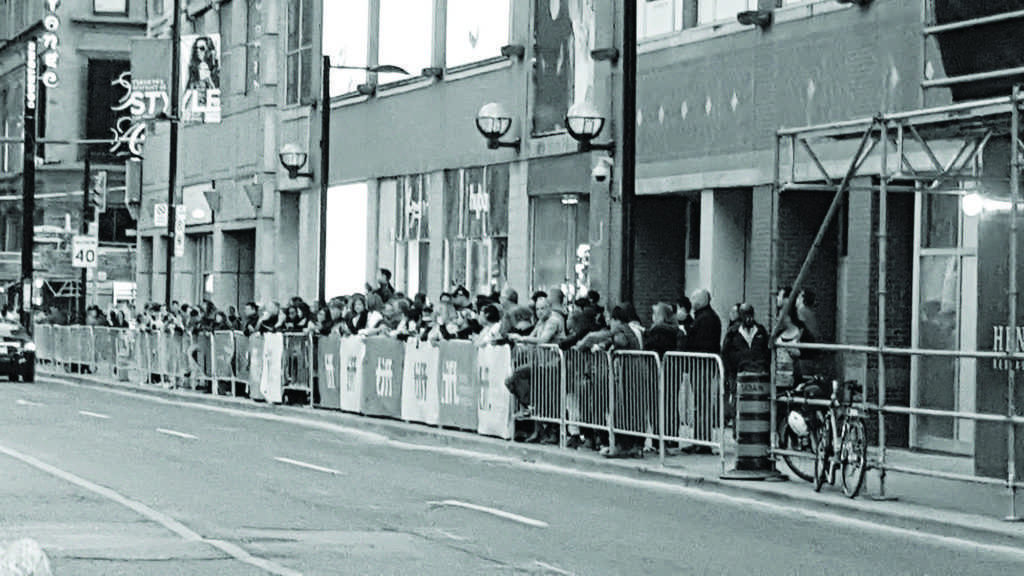 When the second weekend of September rolls around, the largest city in Canada turns into a modern metropolis for movie lovers from every background. For 11 days, over half a million people consisting of film fanatics, critics, industry insiders, directors, writers and stars flood to Toronto, Canada for “the festival of festivals,” the Toronto International Film Festival (TIFF).

The event is not only a place to discover what films will be the biggest obsessions during awards season, but it’s also a time to meet other avid film lovers from all over the world. It’s an experience that brings fans closer to the stars and a way for industry up-and-comers to make connections with the higher-ups of well-known companies.

“The atmosphere the festival brings is my favorite thing about it,” festival-goer Evan Gilman said. “You’re surrounded by other people who love movies. That’s not something I’m able to experience when I see movies in my hometown.”

TIFF is now on its 42nd year and it has garnered a status for being the biggest film festival in the world even after a recent effort to downsize the festival. It still plays somewhere north of 300 films from a wide variety of backgrounds. Some say the festival has gotten too big for it’s own good, while others still like to relish in the thought of having infinite possibilities in their schedule.

“It’s the best,” Jason Osiason, another festival-goer waiting in line for a film, said. “TIFF allows you to fill literally every second of your day with movie-watching.”

There are multiple reasons to go to TIFF. Some go just to get a photo with their favorite celebrity, some go to see as many upcoming films as possible to get a jump start on awards season, and some go purely for business reasons. TIFF hosts a variety of industry networking events as well as workshops.

I strapped on an industry pass and visited the festival for its notorious opening weekend where they close off King Street in front of two of TIFF’s biggest venues (Roy Thomson Hall and Princess of Wales) and fill it with a wide variety of food trucks, activities, red carpet photo-ops and movie stars—lots and lots of movie stars. Even if choosing not to indulge in the many free activities on King Street, those attending can still feel the rejuvenating energy by simply walking past it.

I chose to see as many films as possible, and in the span of five days, I saw 20 movies. As exhausting as it may have been, there’s something distinctly rewarding about seeing so many films and surviving off of a diet built on popcorn, coffee, food truck tacos and beer.

TIFF is known for its guest list of stars. One of the opportunities TIFF provided was a post-screening Q&A with well-regarded actors Denzel Washington, Ben Stiller, Willem Dafoe and Christian Bale as they went in depth about their process. For every screening,
attendees must wait in line for an hour at the very least and with that you get a great opportunity to converse with a variety of people. I got to meet amateur filmmakers, fellow college students who are interested in the film industry, studio heads and people who are just looking for some classic Hollywood escapism.

“Festivals like TIFF allow for more aspirant filmmakers like myself to reach a real live
audience and possibly begin to find our own special niche,” Hayes said.

Attending TIFF offers an inside look into a competitive industry, and, while it may leave its attendees still struggling to catch up on their sleep, it offers an unlimited supply of joy, thrills and popcorn.