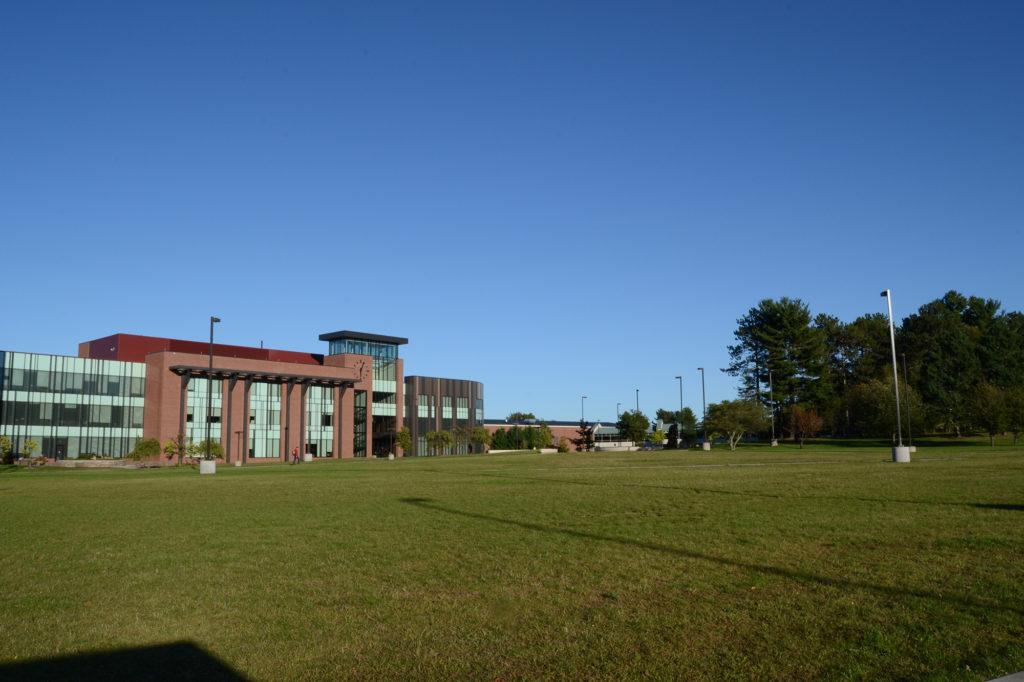 Photo by Lindsey Eaton: The Academic Mall, pictured above, contains an empty field where the old Jamrich Hall once stood. The desolate area will become reinvigorated with the arrival of native tree species that will be planted throughout fall.

An anonymous donor recently gave an unspecified dollar amount to NMU to support the planting of over 100 trees containing a mix of native deciduous species to be planted this fall. Deciduous species, in this case, refers to trees that lose their leaves seasonally.

The private donor, who does not prefer to be identified, said in a press release from NMU, “During a recent visit to Northern, I was made aware of an initiative by university leadership to enhance landscaping of the campus. I saw an opportunity that aligned with my own interests in connecting people and places. It is a pleasure to support this project for the ultimate benefit of the entire
community.”

Jim Thams, director of engineering and campus planning facilities, said the trees will have 3-inch diameter trunks and when planted they will range anywhere from 15 to 20 feet in stature.

“If you think of some of the areas like where the old Jamrich building used to sit, there’s not a lot there,” Thams said. “The landscaping is really pretty sparse.”

Over the summer, NMU maintenance crews trimmed—and in some cases removed—trees and shrubs that were either overgrown, damaged or that encroached on buildings, sidewalks or parking areas. Thams explained that there was more to it than just tearing trees down, stating that trees with low-hanging branches were trimmed or ultimately removed to improve visibility on campus for safety reasons.

Thams explained that when branches extend near the ground or encroach on a building entrance, like ones that were recently removed from outside of the Hedgcock building, it creates a potential hiding spot for people with malicious intent. Trees that weren’t completely removed over the summer were trimmed to an appropriate height of 6 to 7 feet off the ground, Thams noted.

“I will say, we trimmed far more trees than we took down,” Thams said. “We did take trees down, but we spent far more time trimming trees up than we did taking trees down this summer,” Thams said, adding, “The trees that were taken down were trees that had really kind of outgrown the spot that they were or had some kind of physical damage to them.”

Many of the new trees will be planted in the academic mall, which is framed by the Learning Resources Center, New Science Facility, West Science Building and Jamrich Hall. Other trees will extend east from the McClintock area through the pedestrian “spine” to Seventh Street. Canopy-style species will be planted on both sides of Elizabeth Harden Drive from the Fair Avenue entrance to the West Science building. Additional trees are expected be planted on campus in the spring.

“We are grateful to the donor for this creative way of giving,” NMU President Fritz Erickson said in a press release. “These trees will be a gift that students, faculty, staff, families, returning alumni and community members will be able to enjoy for generations to come. The project enhances our physical campus and supports our sustainability initiative, but in a way that does not compromise safety.”

G & J Site Solution, a landscaping company from Calumet, was chosen by the university to plant the trees after they submitted a successful bid for the
project last week.