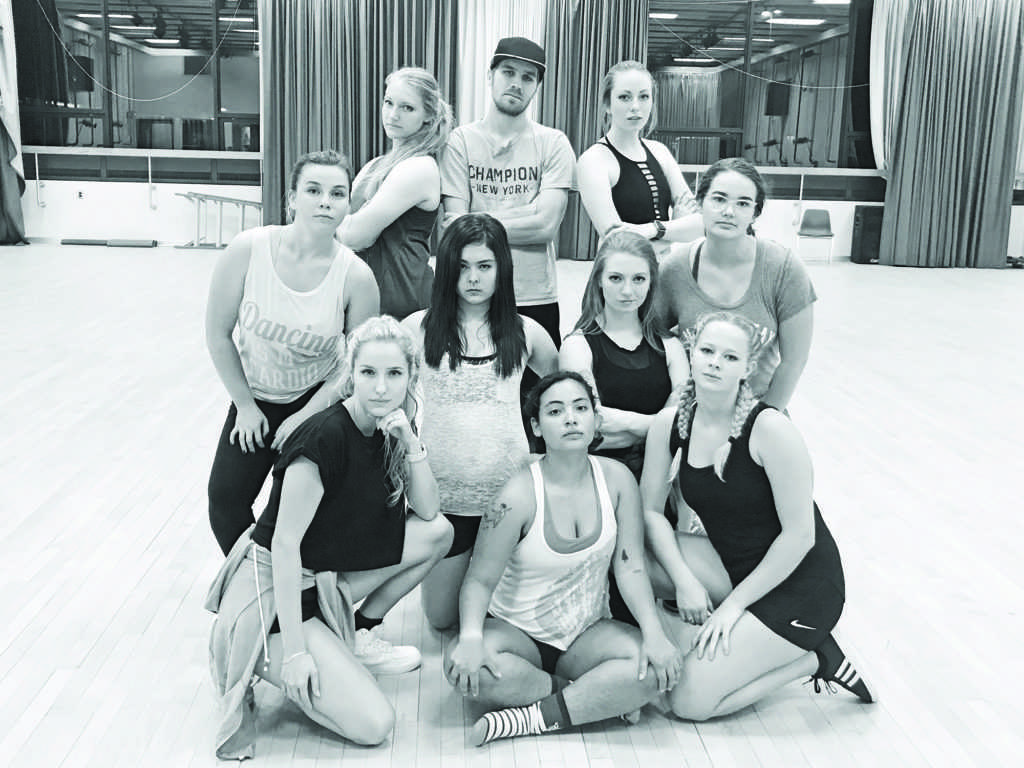 For the second year in a row, NMU’s Hip Hop Dance Crew (HHDC) will compete in a national dance contest, sponsored by Red Bull, against other universities in the country.

NMU’s HHDC is 1 of 16 top collegiate dance crews in the nation who were chosen to compete in the 2017 Red Bull Bracket Reel Dance video-editing competition. The crew was selected from among over 35 other universities who submitted videos in early September that were reviewed by a judging panel for Red Bull.

The winning schools were chosen based on their dance techniques, choreography and quality of video editing that went into their team application.

Junior nursing major Faith Leroy, president of NMU’s HHDC, said when her group was also chosen to compete in last year’s contest, not many people knew about it.

“One of our biggest challenges is the fact that we’re a smaller school,” Leroy said. “A lot of the schools in this competition are probably three times the size of us and they have crew members at their disposal and we’ve got a very limited number of people.”

In the contest, teams will compete in head-to-head matchups with the winner advancing to the next round in a March Madness style bracket. Initial seeding and matching will be determined by a random drawing conducted by Red Bull.

The winning team of the competition will earn an opportunity to collaborate with producer Tim Milgram, considered by many to be a dance legend, on an original dance video recording session. The second place team will win a personal dance lesson with Ronnie Abaldonado at their home university. Abaldonado is best known for being a member of Super Cr3w, who rose to fame after winning season two of America’s Best Dance Crew. He will be one of the judges on a panel of three for the competition.

Leroy said it was “extremely exciting” for her crew to be selected yet again for this national competition even though she is new to the role of president for the group.

“This year it just means a lot more to me because this is ‘my crew,’” Leroy said. “This is ‘my project’ and I just want to see us succeed and move on to the next round.”

There are four rounds to the competition. In Round 1, the 16 participating teams will be organized into eight matchups. The loser of each matchup in Round 1 will be eliminated from the contest but will remain eligible to win alternative prizes, according to the official rules of the contest. The first team NMU’s HHDC will face is Fusion Dance Crew from North Carolina State University.

The participating crews will have to create new dance videos each week using original remixes of selected tracks by Red Bull. The designated tracks for each school will debut with each round. The library will consist of remixes of songs from artists like Tennyson, Pell, and 21 Savage that will be provided by producers like Mr. Carmack, Chris Lake and
JNTHN STEIN.

Crews are encouraged to seek the help of their home universities to win the People’s Choice vote, which will be a contributing factor in crowning a winner for each round. Winners will be announced weekly on the Red Bull Bracket Reel’s Facebook page starting on Tuesday, Oct. 17.

“The biggest way that we can be supported by our community members and the campus is voting,” Leroy said.

Public votes will account for 10 percent of each video edit’s score for each round. The video edit with the highest score from the final round will be declared the potential grand prize winner, to be announced tentatively on Nov. 17.

Senior media production and new technology major J.J Bailey said the competition is a bit more personal for the HHDC this year because the group was knocked out early in Round 2 last year.

“Hopefully if we beat [Fusion], the next team we can possibly face is Outlet [Ball State University], which is the team that beat us last year,” Bailey said. “So, I would love to get that revenge if we meet them again.”