This month, the Upper Peninsula Shakespeare Festival company is taking on “Titus Andronicus,” a bold choice, seldom performed by theater troupes, a revenge tragedy that contains everything from gang rape and mutilation to cannibalism.

The drama premiered Oct. 15 and will run at 7:30 p.m. Wednesdays and Sundays through Oct. 29 in the upstairs community room of the Ore Dock Brewing Co. The plot follows Titus, an aged Roman war hero, and his family as they are betrayed and brutally tormented by their fellows in government, and ultimately how they seek bloody retribution. The theme explores the thin gray line between vengeance and justice. 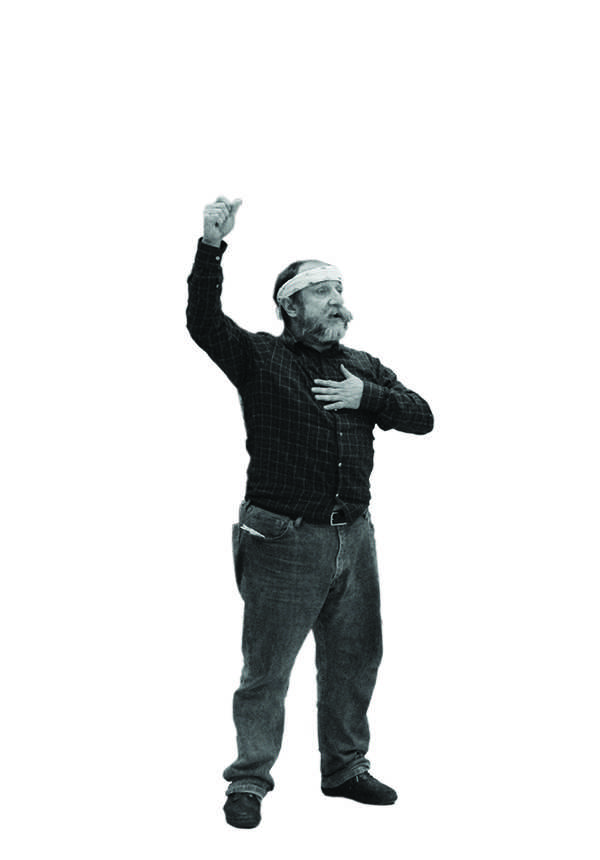 This tragedy by William Shakespeare is written in the style of earlier revenge plays, which emphasize savagery and spectacle, elements popular with audiences of the 1500s, as well as audiences of today, Jamie Weeder, director of the play and co-founder of this nonprofit theater company, said. Unlike many of the playwright’s works that drip with poetic and lofty language, this drama is “mostly a vehicle for brutality and violence on stage,” subject matter that is difficult to portray in the close-quarters environment of their venue, performing among beer-imbibing patrons.

“We can’t make a throat slit or someone being disemboweled look real,” Weeder said. “So we decided to do an avant-garde, bizarre comedy, Gallagher meets improv meets Tarantino version of this.”

The physical violence is actually actors pummeling inanimate objects like fruit, vegetables and meat with real weapons in a “committed, dramatic fashion,” with the actors who are supposed to receive this “punishment” feeling and reacting to the infliction on stage, she explained. Most of the “carnage” occurs in one stage area, creating a “splatter zone” for nearby audience members—but don’t worry, ponchos are provided.

“We had one shot at actually being able to rehearse it, because our grocery bill gets kind of high,” she said with a chuckle. “It gives the audience an interesting experience. It’s definitely a departure from what we’ve done in the past.” 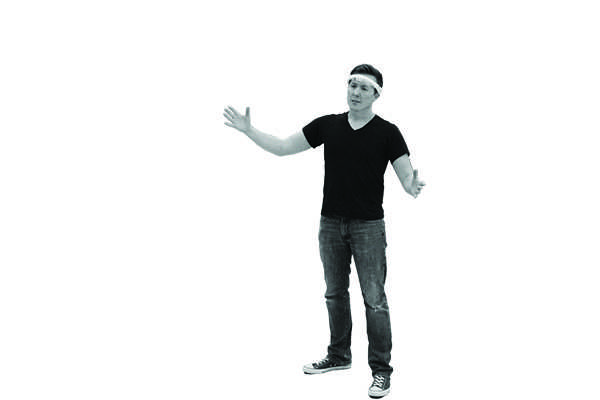 This is the seventh U.P. Shakes production, and a number of NMU affiliates are part of the troupe. John Sarkela, a computer science professor, plays the lead role of Titus. Sarkela has been in every production except “The Tempest,” but this is his first time playing a major role.

“It’s a crazy character arc that Titus goes through. He goes through everything, and it quickly goes to heck in a handbasket,” Sarkela said, adding about rehearsal, “Along with everything else that goes with midterms, it’s been crazy.”

Sarkela is confident about Weeder’s directing and vision for her shows.

“They always surprise me… but I have complete trust in her as a director to make the show work, so I’m just here for the ride,” he said with a boisterous laugh. “It’ll be a strange, weird, wonderful ride. It should be a fun time.”

For Ben Filipowicz, a graduate student in elementary reading, this is his first time with U.P. Shakes, but he’s been in plays at NMU and with the Westwood Shakespeare Company. In “Titus,” he plays the naive, pretentious villain Saturninus.

“I wasn’t sure about this role at first,” he said. “Reading the play, I was like, ‘I definitely don’t want to play that role, but my wife went immediately, ‘This is your role.’ Once I started playing with it a little more, I started finding the fun, and [Weeder] has basically allowed me complete freedom to experiment and figure him out.

“It’s great. I get to whine and yell and pretend like I’m in charge when I’m not at all. It’s so much fun.”

For Ezra Brooks-Planck, senior English major, this is his third time in a play with the company, acting in “Romeo and Juliet” and “A Streetcar Named Desire” earlier this season.

“It’s awesome. I’ve loved every show I’ve been in, and they’ve all been super different, which is fun,” he said.

This time, he plays the dastardly and humorously-acted role of Chiron, a rapacious punk.

“I love it,” Brooks-Planck said. “I’ve been wanting to play a villain for a long time, and to actually be able to play one is super fun. I always get cast in the sappy romantic roles, so being in the play as a villain is a big opportunity.”

For Micah Argeropoulos, senior computer science, playing Young Lucius, this is his first experience in theater, but he isn’t as worried as he thinks perhaps he should be.

“It’s exciting,” Argeropoulos said. “I had no idea how many angles there are to this. I feel like I should be more scared than I actually am.”

Visit upshakes.org to buy tickets, $13 for students or seniors and $15 for general admission.