The Mongol Rally: 12,000 miles of Europe and Asia through the eyes of three NMU alumni 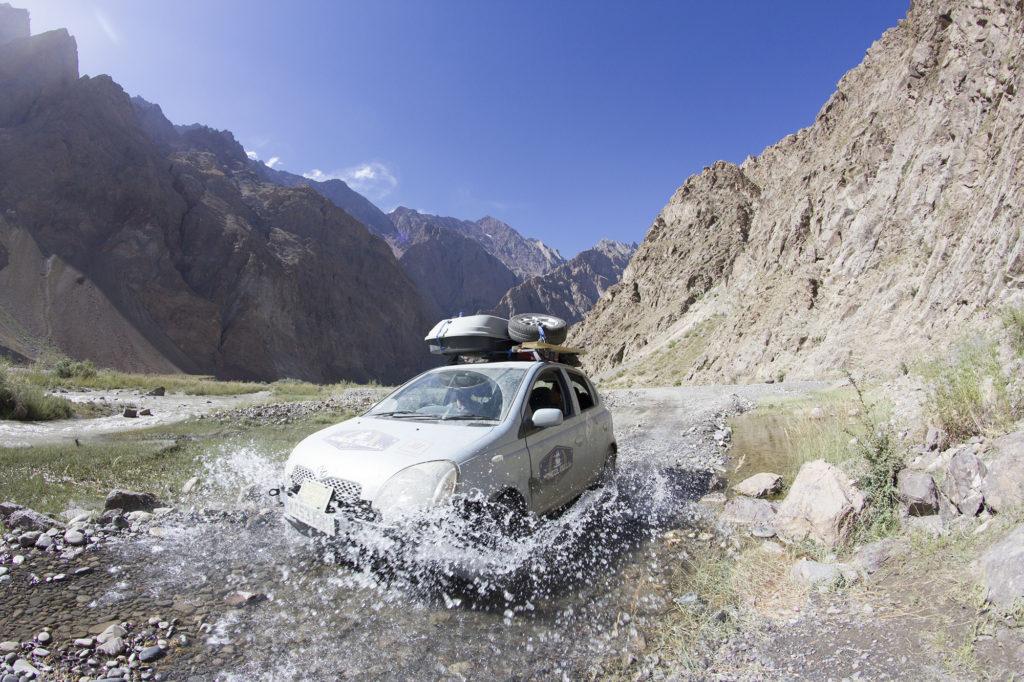 Mortensen and Derby are shown here off-roading through the Bartang Valley in Tajikistan.

This summer, three NMU alumni crammed into a small, used car and drove nearly 12,000 miles across Europe, the Middle East and Central Asia, through mountainous valleys, deserts and steppes and the borders of 19 countries, through Mongolia and into Siberia, in the name of charity and adventure.

Under the team name “The Yooper Troopers,” Northern alumni Austin Fogt, Gordon Mortensen and Hanna Derby, along with about 300 teams from around the world, participated in the 13th annual Mongol Rally. In event history, it’s not unusual for teams to get lost, crash, be arrested or deported or just give up, but no worry deterred these Wildcats from traveling the globe. Among other wonders, they rode camels on the dunes of the Gobi Desert and stayed in yurts among towering mountains.

“From one place, you can see Afghanistan, behind it Pakistan, and then farther you can see India and then China. It’s crazy,” Mortensen said. “It’s still unreal how much we saw.”


These college buddies left Marquette July 6 for the United Kingdom, where they met for the first time the car they would drive across continents and live out of for two months: a used 2006 Toyota Yaris they’d bought online for 900 British pounds (about $1,161) from a U.K. guy they met on Facebook.

The rally kicked off July 16 from Goodwood, England; from there, teams crossed the English Channel and charted their own routes toward the midpoint in Turkey and then the finish line at Ulan-Ude, Russia. Teams were on their own to handle logistics, like vehicles, accommodations and visas to enter the different countries.

For The Yooper Troopers, the kindness of locals they met along the way, many of whom came to their aid in times of need, was unforgettable.

For example, when attempting to navigate only with paper maps, a plan of Fogt’s which quickly became a “contested” issue, they took a wrong turn in Romania. Thankfully, a local man on a bicycle gave directions and rode alongside them until they found their way.

“He was super happy to do it,” Mortensen, explained.

The team especially looked forward to visiting “the ’stans,” like Kazakhstan, Tajikistan and Uzbekistan, since none of them had ever seen the region before.

“The ’stans were fantastic,” Mortensen said. “The friendliest place I’ve ever been. It felt like being in a parade—everyone wanted to wave at us. Everyone.”

Fogt enthusiastically agreed. “It’s been eye-opening to see how similar all people in the world are,” Fogt added. “Despite what you might hear in the news or from people who don’t know anything, the world is an incredibly nice place and people are more than willing to take you in and help you with whatever you need, if you just give them the chance.” 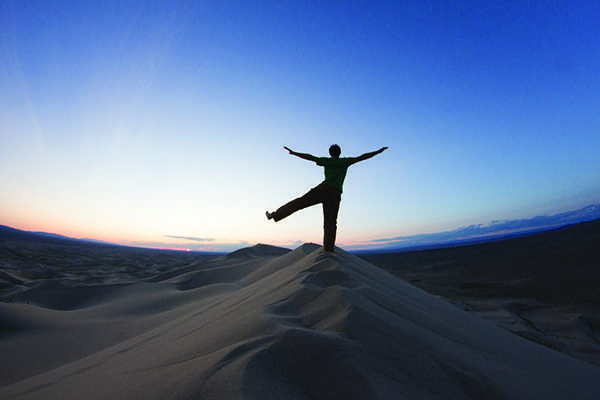 Even the AK-47-toting border guards were nice, if curious and inquisitive, they said.

“[Locals] wanted to know more about where we were from,” Fogt explained. “A lot of people love America and Americans, but they don’t know us except for what they see on TV, movies and rap music.

They don’t care about Donald Drumpf or any of that stuff. As far as these places are concerned, America’s biggest export is our culture. You’ll be listening to the radio, and it’s the [U.S.] Top 40 playlist or Top 20. You’ll be hearing traditional Turkish music or Russian music, and then it’ll be Iggy.”

The Yooper Troopers used paper maps until Baku, Azerbaijan, where they spent two hours driving around the city in circles, Mortensen said.

“No, no, you’re telling it wrong,” Fogt interrupted. “We didn’t even need a map, really. We were just heading west.”

Fogt smiled. “Like I said, ‘highly contested,’” Fogt added, and they both chuckled.

From driving on the opposite side of the road in England, to unyielding roundabouts in Kazakhstan, to two-track roads on an ocean of desert gravel, to driving under active construction cranes in Russia, to “Caution: landmines” road signs by Afghanistan, the team certainly had their fair share of harrowing moments in the Yaris.

“In Kazakhstan, the road literally disappeared,” Mortensen said. “It was like someone bombed it with artillery. There were potholes the size of a Yaris, the worst roads I’ve ever seen.”

The most vexing time, however, was getting sideswiped by a police car in Baku that attempted to pass them on the shoulder, Fogt said. After some haggling, they ultimately paid the cop $80 for damage instead of the initial demand of $200.

“It was definitely his fault,” Fogt said emphatically. “Driving in Baku was horrifying.”

Eventually, on the finish line banner, on which Mongol Rally teams record their most memorable moments, they would write “Austin hit a police car in Azerbaijan,” Mortensen said.

“It’s lies, all lies,” Fogt objected with a grin.

They enjoyed staying in hotels, especially the rooms carved out of sandstone caves in Cappadocia, Turkey, a few hostels, and they camped once they entered countries with a more nomadic lifestyle. They ate apricots and pomegranates in the desert, and in the mountains they tasted yak meat and rice and drank fermented horse milk, a Mongolian beverage that “tastes like vinegar.” But spending countless hours on the road crammed in a small car, even among best of friends, certain “interpersonal disputes,” as Fogt termed it, can arise.

“It’s being within arm’s reach of the same people for two months, both of which have distinctive and annoying habits,” Fogt explained diplomatically.

Everyone felt the difficulties of the journey.

“Mentally, for me, the biggest challenge was being patient with the amount of traveling we had to do,” Derby said. “It was difficult to keep the end goal in mind after [all day] in a car with endless desert to stare at.”

After eight flat tires, the oil pan blowing up twice and the bumper falling off chronically, their car ultimately limped to the finish line with a refilled flat.

“Traveling sounds nice,” Fogt explained. “But when it’s week seven and you’re two hours from the finish line, you don’t want [to stop] you want to just get to the finish line and go to bed.”

From the finish line in Russia, their mission finally accomplished, the team parted ways and meandered back to the United States by Sept. 6.

The Yooper Troopers raised just under $2,000 for charity, $645 of which went to the organization Cool Earth, which aids indigenous communities and preserves rainforests, and the rest went to support Bay Cliff Health Camp in Big Bay, which helps empower children with disabilities.

In addition to adventure and raising money for charity, the other purpose of The Yooper Troopers was to experience the culture of the countries they traveled through.

“Istanbul and Belgrade were city highlights because we had enough time to get a feel for the major culture differences,” Derby said. “The [Muslim] call to prayer really put into perspective where we were. Day-to-day, you forget geographically just how far away you are in the world, so it’s moments when you have these culture shocks that jumpstart your reality.”

For Mortensen, there’s a certain peace in living simpler to be learned from these friendly locals abroad.

“My takeaway is the simplicity of what people live with, and they’re generally happier,” Mortensen commented. “We’re so fortunate here to be comfortable, but that doesn’t make us happy.”