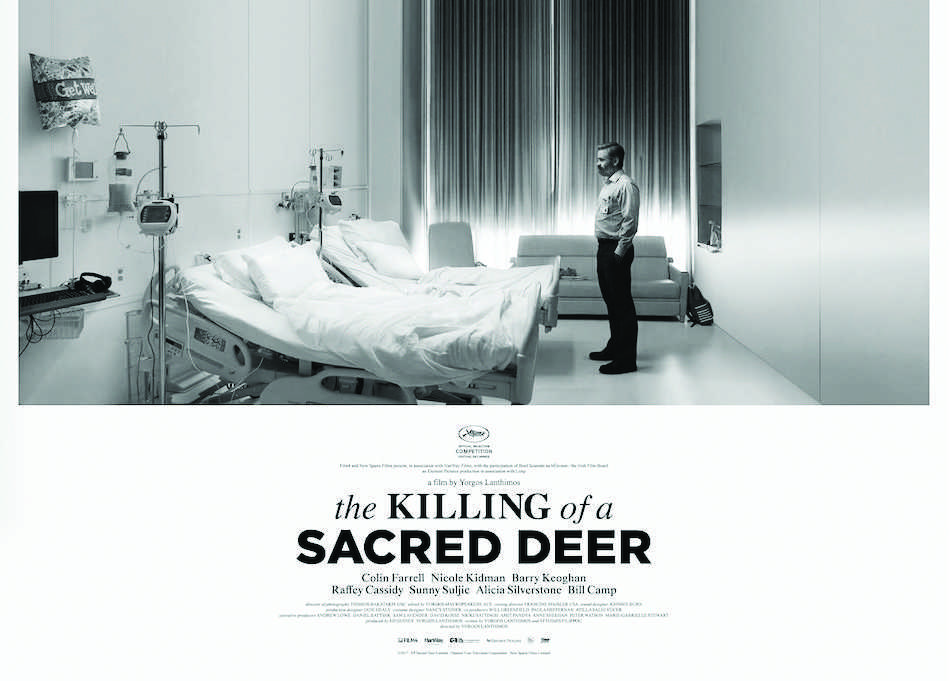 Yorgos Lanthimos is one of the most intriguing filmmakers in the film industry today. He has quickly and surely carved out his own niche of deadpan sadistic satire. Lanthimos has been a thrilling solution to Hollywood’s drought of original and creative ideas, especially after his critical and box office smash hit, “The Lobster.” For the past seven years, it has appeared that he can do no wrong creatively. But he can do wrong, and that wrong is “The Killing of a Sacred Deer.” 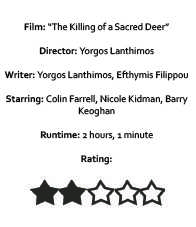 “The Killing of a Sacred Deer” stars Colin Farrell, Nicole Kidman and Barry Keoghan, and it tells a dark and twisted tale of regret and revenge in the framework of a modern day Greek tragedy. Farrell plays Steven, a heart surgeon who begins to mentor a troubled teenager named Martin (a creepily stellar performance from Keoghan). However, things take a turn for the demented when Steven’s two children mysteriously become paralyzed waist-down, and it all might be because of a dark history that Martin holds against the unbeknownst Steven.

The tone is set right from the opening extreme close-up shot of an exposed beating heart with an intense and operatic score blasting over top of it. That shot is a perfect representation of the film as a whole; it’s powerful and disturbing, but ultimately meaningless. Lanthimos has made a career out of cruel films but the cruelty always has a purpose.

In “Dogtooth” it was to show the dangers of familial censorship, “Alps” used it to portray the extremes of bereavement, and “The Lobster” used it to examine the macabre, tribal nature of modern romance. In “Sacred Deer” it appears to be cruelty simply for cruelty’s sake.

The concept is an intriguing one and Lanthimos’ appreciation for famous Greek tragedies is clear, but the film feels more like an endurance test for how much an audience can take in the span of two hours that really end up feeling like four dreadful hours.

This film in not without some positives, though. Lanthimos trades-in his usual static wide shot for a wide variety of smooth and visceral tracking shots and close-ups. The score, while overbearing in parts, is also a nice dramatic touch. The comedy, while not as prevalent as it was in previous films, works more than it doesn’t. One scene in particular has Martin explaining a metaphor to Steven in a graphically violent yet humourous manner. It’s a brief but brilliant moment that displays Lanthimos’ natural sensibility for extreme black humor that is unfortunately used sparingly.

“The Killing of a Sacred Deer” will certainly go down as one of the most disappointing cinematic experiences I’ve endured this year. It’s a frustrating example of style over substance filmmaking that lays waste to some brilliant ideas. This film is simply a chink in the armor for Lanthimos so far and I still look forward to what sick trick he has up his sleeve next. I just hope his next trip has more meaning other than to torture its audience.

“The Killing of a Sacred Deer” opens in select theaters Oct. 20 with a nationwide expansion on Nov. 3.