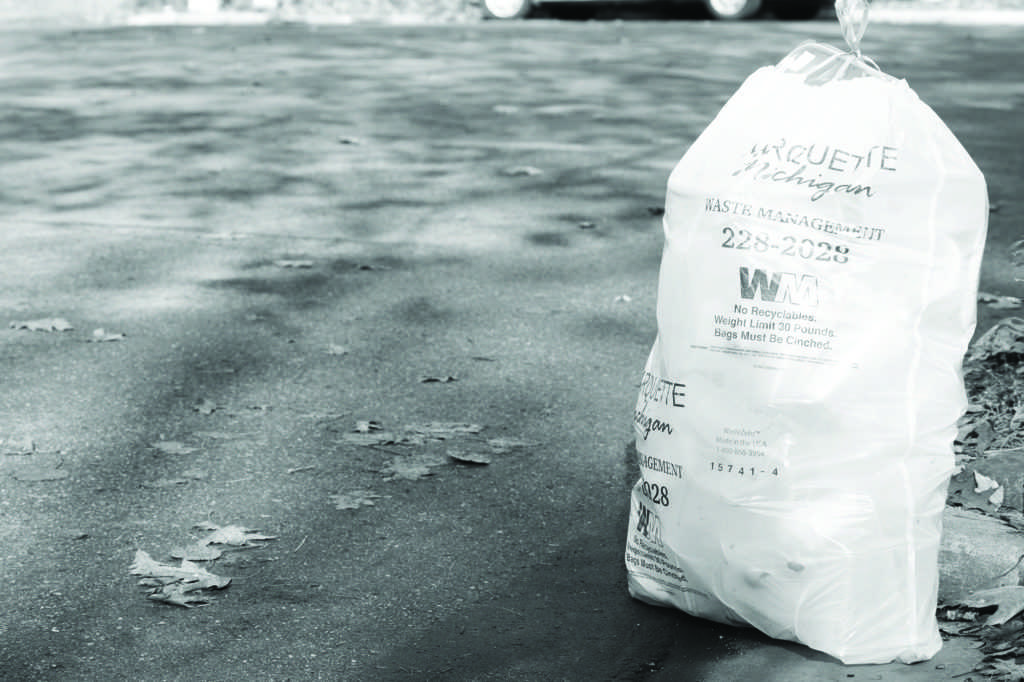 Photo by Lindsey Eaton: The city is giving local residents the option to use either green bags (pictured above), or an alternative of bins, known as “toters” for garbage.

Marquette city residents and off-campus students will be given a choice between using garbage bins, known as “toters,” or to continue using the green bags provided by Waste Management for residential curbside garbage pickup.

The decision to provide an alternative for garbage disposal came after years of local residents’ frustration with the use of the green bag, which some people argue are not big enough, expensive and tear easily. Waste Management was given the contract for residential curbside pickup by the Marquette City Commission after a 6-1 vote from a city commission meeting back in September.

City Commissioner Pete Frazier said Waste Management was granted the contract because they were the most cost-efficient choice for citizens, along with its commitment to support the community. He also said the new waste management option could potentially save residents around $117 annually.

“We went with Waste Management because everything goes to the local landfill,” Frazier said.

The local landfill is considering taking glass out of the recycling process because there is simply no one willing to buy it, Frazier added. The previous contract with Waste Management and the city of Marquette expired, and the new contract was granted because members of the commission saw them as the best option going forward. It came down to a choice between Eagle Waste and Recycling Inc., or Waste Management.

Frazier expressed his disappointment with the change, saying, “It’s a step back from what it was before.”

Previously, Waste Management would pick up curbside garbage and recyclables and transport the materials to the county landfill, where they would kick back 40 percent of the profits from recycling to the city. While Eagle Waste and Recycling was a part of the bidding process, Waste Management was ultimately chosen to support the local landfill even though it was the more expensive option.

The commission has 60 days to cancel the contract, but Frazier said he doesn’t see that happening, adding, “It’s a good contract.”