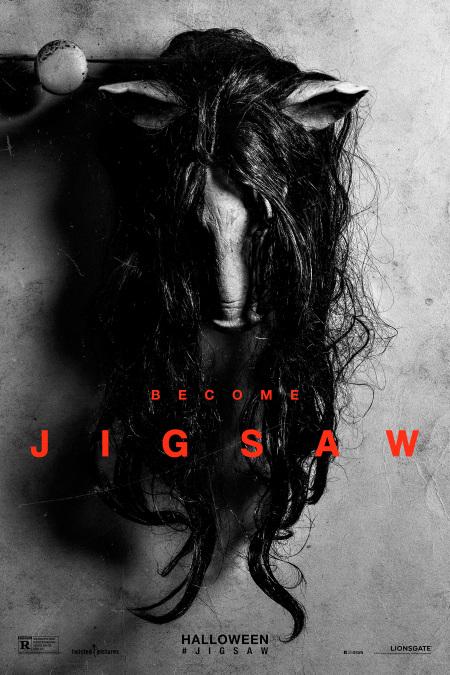 For seven straight years around Halloween time the “Saw” series had premiered the next installment until the studio deemed it time for the franchise to end. The films were mostly panned by critics, but they gained an audience following which was always eager to see the mastermind villain Jigsaw spring more traps against hapless victims. 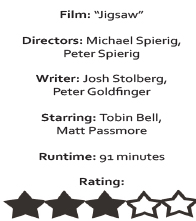 The marketing campaign for “Jigsaw,” the newest installment, reads, “He returns to take back Halloween.” So has the “Saw” franchise reclaimed its crown?

Set 10 years after the death of the Jigsaw killer (played by Tobin Bell), corpses start springing up all over the city bearing evidence of being victims of Jigsaw. Has the infamous serial killer returned from the grave? Or is there a copycat killer that has taken
up the mantel?

The “Jigsaw” movie is a return to the series in a new lens, maintaining itself in the seven prior films’ continuity, but it has a changed the look to make it a standout. Unlike predecessors, the film’s picture does not have a grungy look nor a green saturation, but rather everything is crisp and clean with normal coloration.

The traps in the film itself too are nowhere near as grisly as the previous film’s but rather are more tied symbolically to the characters the traps are assigned to for a more psychological horror feel than relying simply on an incredible amount of gore.

This is exactly what the film needed to do to win back audiences who were not diehard “Saw” fans; it needed to prove that it wanted to be something they have never seen before and not just a rehash of previous films.

However, acting and characters are another story. “Saw” movies have never been known for having above average performances (with the exception of Tobin Bell) and “Jigsaw” is no exception. Most of the characters give a rather off-putting and underwhelming performance and sometimes convey a comical impression when clearly not intended.

The Jigsaw killer, however, is once again beautifully portrayed by Bell and commands presence whenever he is on screen or his voice is played on the tape recordings associated with the traps. Bell is cold and stern and is able to give a performance that makes the audience believe the Jigsaw killer actually believes in his philosophy of “People who don’t appreciate life do not deserve it.”

It is a shame that Bell isn’t in the film for a longer period of time than he is, but in context of the story, it makes sense as to why Jigsaw himself is absent for a large portion of the film.

“Jigsaw” of course ends in a twist, as do all “Saw” movies, but the twist at the end does not feel like it holds up to previous installments. While some “Saw” films are completely unpredictable, this film is not hard to piece together and the biggest mystery of “Has Jigsaw returned?” is the easiest puzzle to solve. The twist also does not give a sense of mystery, but is rather spoon-fed and feels like a rehash of a plot everyone has already unraveled.

Worst yet, there is nothing added to the “Saw” mythos. Each film had an ending that answered all questions but presented new ones to get fans ready for the next film. “Jigsaw” answers questions fans already knew the answers to, but does not even bother to give any new questions, which feels like a brick wall of an ending that takes no risks.

Unfortunately, “Jigsaw” at the end of the day is a slightly above-average movie. The Jigsaw killer and the new cinematography are stellar and the traps psychologically unnerving, but the film is hurt by taking no risks to expand the franchise further, and that is what a reboot is supposed to do. Hopefully, another installment learns from this film and this is not really game over for “Saw.”