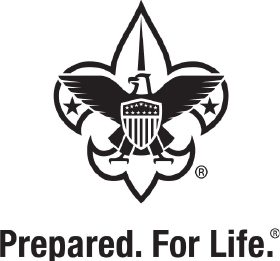 The Boy Scouts of America (BSA), considered by many to be one of the nation’s largest and most prominent value-based youth development organizations, announced last month in a press release that their Board of Directors approved the decision to allow girls to join the Cub Scouts.

Cub Scouting is part of the Scouting program of the BSA and was only available to boys from first to fifth grade, or from seven to 11-and-a-half years of age before the decision. The Girl Scouts of the Northwestern Great Lakes (GSNWGL) are disappointed with the national BSA’s decision to allow girls into the Cub Scouts, said Lee Snodgrass, communications director for the GSNWGL council in Marquette, Michigan.

“[The decision] is in response to what is a membership decline on their part, and an easy way to cover come that is to open their programing to girls.”

Snodgrass also said the BSA are doing nothing different with their program and are not developing new programs for girls or making changes to meet the needs of girls despite saying they can join Cub Scouts and Boy Scouts. Although the decision has been made, Snodgrass doesn’t believe it will change the experience for girls who merely wish to join Girl Scouts.

“…Girl Scouts has continued that tradition of being a boundary breaking organization for girls,” Snodgrass said.

The Girl Scouts work on finding out where they can identify gaps in female leadership skills and make sure they develop programming that hone these skills so girls can be successful after they leave the program. Snodgrass added the Girl Scouts are the only girl-led, girl-only organization.

“We really stand by the impact of our program and we’re really excited to keep focusing on what we do and what we do well to keep meeting and answering the needs for girls.”

The decision to allow girls into the BSA came after years of receiving requests from families and girls wanting to join. Families will now be able to choose to sign up their sons or daughters for Cub Scouts.

In addition, existing packs can choose to establish a new den, which would include girls or an entirely new pack that consist of both girls and boys dens, or they can simply choose to remain an all-boy pack.

The BSA’s national press release said the organization will also offer a program for older girls to earn the rank of Eagle Scout, which is projected to become available in 2019.

“The BSA’s record of producing leaders with high character and integrity is amazing,” said Randall Stephenson, BSA’s national board chairman in a press release. “I’ve seen nothing that develops leadership skills and discipline like this organization. It is time to make these outstanding leadership development programs available to girls.”

Although the decision has only recently expanded the program to both boys and girls, the BSA stated in the press release that the program has offered co-ed programs since 1971.