Romance with a sci-fi twist 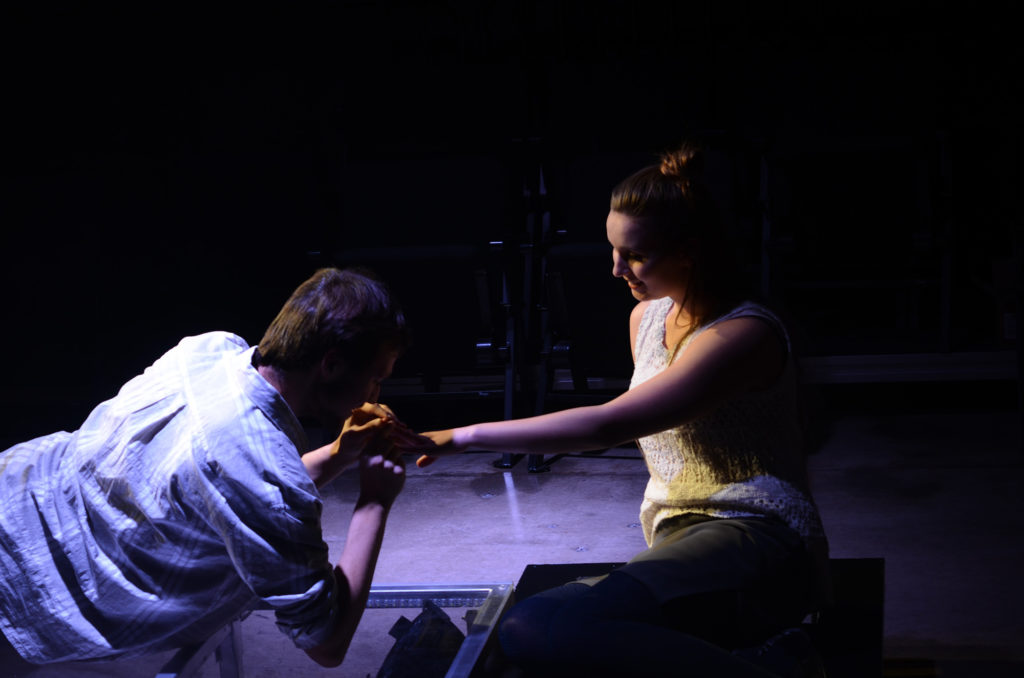 What in the universe? Dimensions, comedy, drama and romance will collide into a unique, sci-fi theater experience in the latest play at NMU.

The Forest Roberts Theatre team will perform the play “Constellations” in the Panowski Black Box Theatre for the next two November weekends.

The play is a two-character romantic drama with scientific influences written by British playwright Nick Payne. It delves into the concepts of choice and destiny while thriving off of the themes of time and space.

In this tale upon the stage, timelines vary, which sends the relationship of the characters Marianne and Roland on new trajectories that continue to change. The play depicts their relationship via parrallel universes and nonlinear realities. These can intersect one another and divide depending on how the characters behave and what decisions they make.

Different dimensions show the various causes and effects of their multitude of choices.

The decisions Marianne and Roland make happen during situations such as a marriage proposal or trip to the bar.

All possible decisions that could be made in these situations are portrayed, exploring outcomes from comedy to tragedy. Ultimately, these variations in timeline string together, and the multiple stories combine into one overarching dramatic narrative between Marianne and Roland.

“The play is about connections,” said Director Shelley Russell, an NMU communications and performance studies professor. “The characters and connections are bound to neither time nor space.”

Despite the sci-fi twists, the play is also relatable to real life, she said.

“It’s funny. It has elements of terror, engagement, fear and ridiculousness,” Russell added.

Both actors expressed an enjoyment for the play as well as for the experience of the work they each put into rising to the challenge of their roles.

“It’s been really fun but challenging though,” Ehle said. “The drama of the show and the pace that it changes from one universe to another challenges me to not only be on my toes, but to portray each emotion and scene as if it were a different time and place than the one before it.”

Stevens agreed, appreciating the complexities of the drama.

“They say life can be like an emotional rollercoaster sometimes and this show puts it to shame; it’s like a 90-minute rollercoaster,” Stevens said.

He too has felt the effort required of their performances.

“This role has been my toughest challenge yet as far as theater is concerned,” he added.

“It’s been very gratifying and rewarding to figure out what I’m capable of and what I need to work on as an actor going forward.”

Tickets for “Constellations” are $5 for NMU students, $10 for other students and $15 for the general public.