Dropping the hammer on the new Thor movie: Marvel’s ‘Thor: Ragnarok’ does not rock 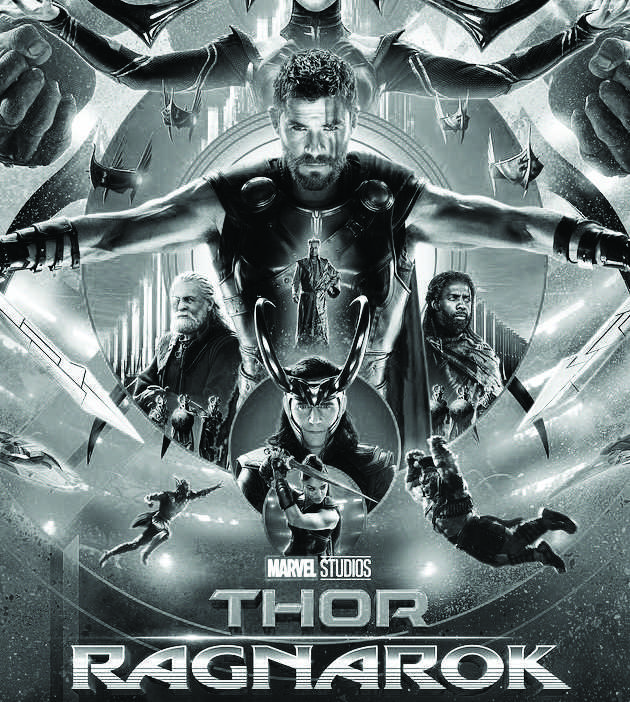 In 2011, Kenneth Branagh tried to bring a fresh Shakespearean take to the popular “Thor” comic to uneven results. Then, in 2013, “Game of Thrones” director Alan Taylor decided to do nothing even remotely new with the sequel “Thor: The Dark World,” a film widely regarded as the worst aspect of the Marvel Cinematic Universe (MCU). Now, New Zealand auteur Taika Waititi tries to revamp the limp branch of the MCU with the third (and hopefully final) installment in the wildly uninteresting yet potential-filled world by making an intergalactic buddy comedy, and it doesn’t work—at all.

It’s quite hard to tell what exactly the story of “Thor: Ragnarok” is because halfway though the film, all sense of purpose or caring is completely thrown out the window in favor of bland recycled “spectacle” and painfully forced and unfunny comedy set pieces. But, I’ll try my best to recount the overall premise.

Thor (played by Chris Hemsworth) returns to Asgard after the events that took place in “Avengers: Age of Ultron.” He finds out that his father, Odin (Anthony Hopkins), is dead and has been harboring a secret that unleashes Hela (Cate Blanchett), the goddess of death. Then she banishes Thor and his brother, Loki (Tom Hiddleston), to some random planet full of weirdos and ’80s pop culture references as she tries to conquer Asgard.

However, Waititi doesn’t care about his already paper-thin plot. No, what he cares about is telling his next big joke. He even introduces three new characters that contribute nothing to the film other than to spout punchlines. Not a single character has an arc that means anything. For example, one of the new supporting characters, Skurge (ugh, what a generic sci-fi character name), is given what is probably the most focused arc in the film; and even that is a contrived and unoriginal journey of going from the good side to the bad side and back to the good side in a heroic sacrifice.

The biggest sin that this film commits is the way it completely abandons any form of progression in terms of the MCU. Our characters feel as if they are in the exact same place that they were at the beginning of the film, except for one major event that takes place in the climax that even then is totally undercut by more comedy. Furthermore, Thor and Loki have been given about four full-length movies to develop their relationship, and it still seems to have gone nowhere. All potential for relationship development here is squandered in every chance it gets.

Marvel is now on its 17th film as it builds to the epic come-together event titled “Avengers: Infinity War,” due in theaters in May. When the film’s post-credit scene hits, it alludes to the biggest threat our heroes have had to face, and yet it doesn’t feel even remotely threatening. It’s completely empty.

Not only does “Ragnarok” play like a stalling sitcom-based chapter, but it’s also an aggressively annoying experience that reminds me that Hollywood will always keep confusing quirky and weird for original and creative.

One does not equal the other.