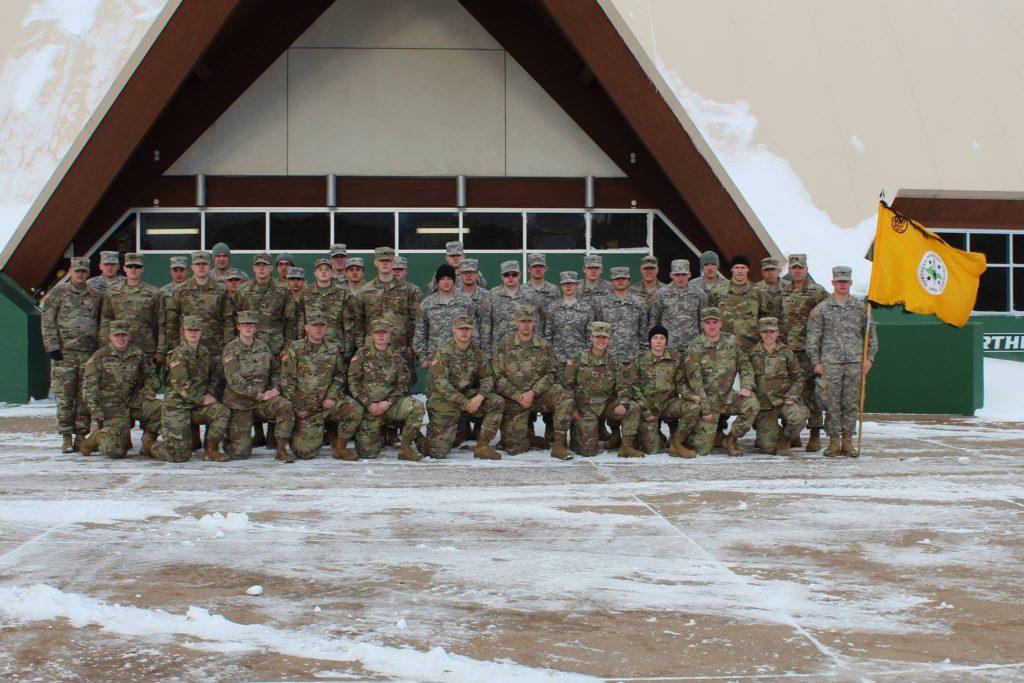 Since 1969, NMU has offered an ROTC program that trains students to become second lieutenants and help them ultimately transition into the U.S. Army, National Guard or the Army Reserves after college.

Students in NMU’s ROTC program have to take military science classes in addition to the classes for their academic majors, said Lt. Col. Jonathan Rastall, head of the military science department. He explained the classes students are required to take focus on leaderships skills that they will need to be successful in the Army.

“They learn how to motivate people on what constitutes leadership,” Rastall said. “They learn a lot about themselves as well.”

The ROTC program was established on April 17, 1969 with the first two lieutenants graduating in 1971. The training focuses on developing physical fitness, which ultimately has a positive effect on other lifestyle choices such as time management.

The program typically has 60 to 70 students enrolled at one time during a semester. Students have until the end of their sophomore year to decide if they want to fully transition into the service and become an officer in the U.S. Army. In order to continue in the program, by their junior year, ROTC cadets have to make a decision to transition into the service after college. Once they do, a contracting ceremony is held.

About 60 percent of students continue on in the program, Rastall said.

One of those students is senior criminal justice major Virginia Jahr, who has been in the program since her freshman year.

Jahr said her experience in the ROTC has been a great learning opportunity.

“It gives you a lot of time to reflect on yourself and what you want to do, which I’ve made some career changes, but at the same time, my end goal is always the same, it’s just what I’ve wanted to do has changed since I’ve changed,” Jahr said. “The program’s really good at helping you work through all that.”

Jahr joined the Army Reserves right out of high school for a year before she joined the ROTC program at NMU. She said although the program here is different, it has helped her grow as a person.

“I get [insight] from the ROTC and the reserves at the same time. It gives me a different perspective too because I have seen the enlisted side and I’ve seen what the privates have to do,” Jahr said. “So now, I feel like I will be a better officer knowing what they go through.”

Jahr said her plan is to make a career out of the Army and she doesn’t think the transition to the Army after college will be a difficult experience.

“I’m still just a regular civilian going to college for four years, which I think will make that transition when I do get out easier because I have been on this side of it.”

Jahr said she recommends the ROTC program to people who may not have even thought about the military.

“It really is a good leadership opportunity, and you learn so much about people and yourself.”