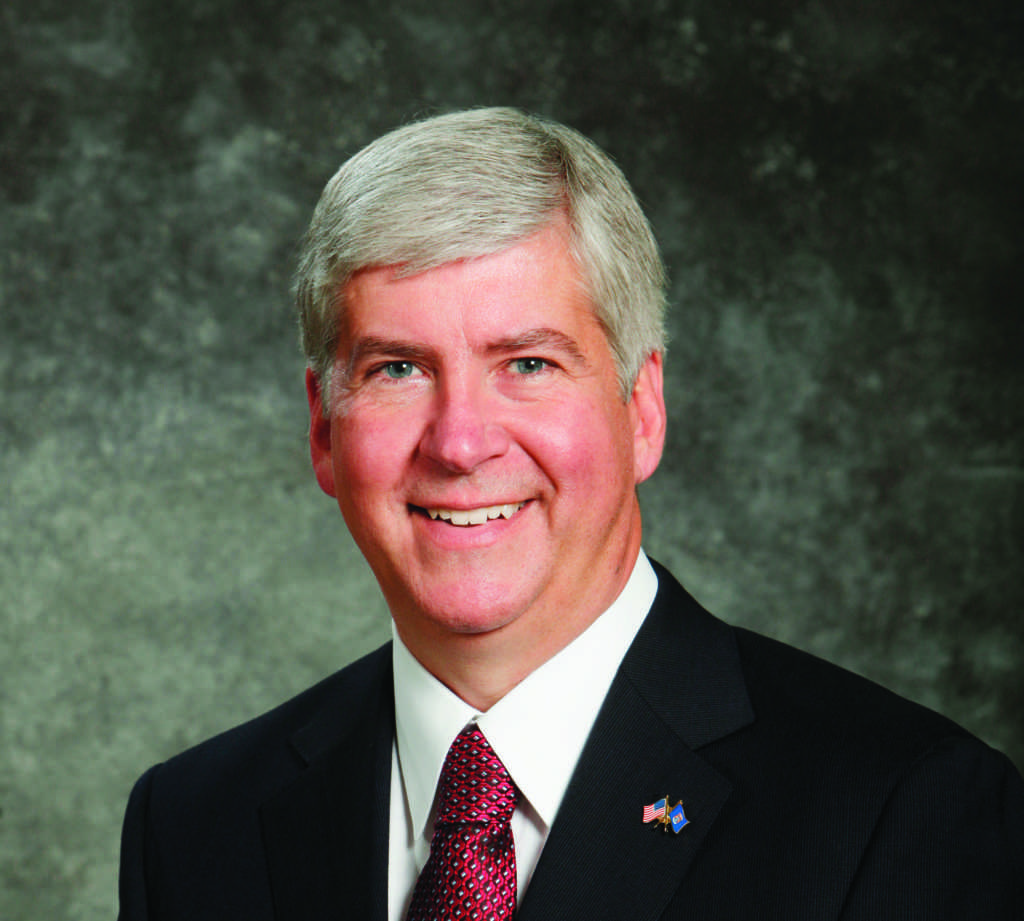 A student-led petition against Gov. Rick Snyder speaking at NMU’s May commencement has been sent to Snyder and will be presented to President Fritz Erickson on Friday Dec. 1. The petition will also be presented to the NMU Board of Trustees during its last meeting of the semester at 9 a.m. on Dec. 15.

Nathan Frischkorn, a double major in sociology and environmental studies, wrote the petition the weekend after it was confirmed that Snyder would be invited to speak.
A total of 400 student signatures were collected by hand over less than two weeks, 116 of which were from students graduating in May, Frischkorn said. The signatures were collected by hand and sheets are still circulating so there could be more
to come, he added.

“Hopefully Snyder will reject the invitation or decline it and decide that he doesn’t want to come all the way up here just to be protested,” Frischkorn said. “I think that’s more likely than what we would hope to see from Erickson or the board which would be to rescind the
invitation.”

Frischkorn explained that the reason he wanted to collect the signatures by hand was to increase open dialogue between students.

“When you have an online petition, anyone can just click and sign and there’s no conversation that goes into it. There’s really no effort that goes into it either on the collecting of the signing end,” he said. “It allows conversation between people who are both in favor or opposing to the effort.”

A letter was attached to the petition sent to Snyder that cited key reasons for student opposition to him speaking at commencement. Reasons included Snyder’s involvement in the Flint water crisis, the passing of emergency manager laws, the way in which the right-to-work law was passed during Snyder’s term, and concerns over major diversion of tax dollars from public education to private schools.

“Ultimately, we feel that the selection of a politician, especially one with such a polarizing and tarnished reputation as Gov. Snyder, reflects a level of ignorance regarding our current political climate,” The letter states.

“While we recognize the importance of open dialogue and of listening to opposing viewpoints, we also recognize that commencement is neither the time nor place for that. Commencement is supposed to be a celebration of the students, and of the hard work that we have put in to make it to this day. By inviting a politician, the administration of NMU has chosen to take graduation day away from the students and to give it to the speaker.”

Frischkorn said it’s important to deliver the signatures and letter to Erickson so he can see where many of the students stand on the nomination of Snyder as the commencement speaker.

“If [Erickson] wants to have a conversation we’ll be very open to that because, ultimately, if there’s just two different sides who are kind of yelling back and forth at each other or just in constant opposition, nothing is going to get accomplished,” Frischkorn said.