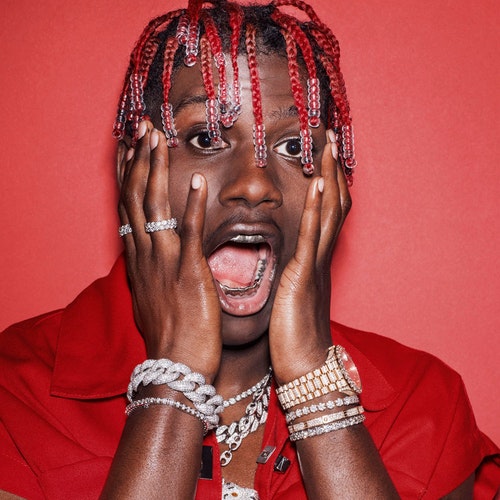 Photo courtesy of Northern Arts & Entertainment: Contemporary rapper Lil Yachty has described his music style as “bubblegum trap.” He will perform on campus at 7 p.m. on Friday, Dec. 8.

The Atlanta-born rapper, singer and record producer Lil Yachty, known for his catchy music style he calls “bubblegum trap,” is set to perform at the Berry Events Center at 7 p.m. on Friday, Dec. 8.

Although floor seats are sold out, there are still general admission tickets available to students for $25. Student tickets are only sold at the NMU ticket outlets: NMU Barnes & Noble, the Forest Roberts Theatre and the Berry Events Center. Those who buy three tickets, in person or over the phone, will receive a fourth ticket for free. General public tickets are also available at www.nmu.edu/tickets for $35.

The concert was organized and planned by Northern Arts & Entertainment (NAE), a student-run event programming organization.

Early in the semester, the organization sent out a Facebook survey providing a list of artists within their budget and asked students to vote for which entertainer they would like to have perform on campus, NAE President and junior graphic design major Megan Hillier said.

“Lil Yachty won by a very big margin, so luckily he was available to come to Northern,” Hillier said. “We’ve had good feedback from students, and people seem really excited about [the concert].”

Since the organization brought rapper Waka Flocka Flame to NMU last winter semester, NAE was hoping to bring an artist from a genre other than hip-hop, Hillier said.

“Lil Yachty won the survey so we couldn’t really argue with that,”  Hillier said. “Next semester, we will probably do something different.”

Once an artist is selected, an offer is submitted by the NAE adviser, Assistant Director of the Center for Student Enrichment Hannah Lewis, to their agent with Concert Ideas, an organization that specializes in bringing entertainers to college campuses.

While she works with agents on the group’s behalf, Lewis said that students are responsible for everything from conducting market research, advertising, setting up lights and even hospitality needs such as providing the artist with a specific soft drink or locating a tanning salon.

“This is a group of students that are doing this totally voluntarily. They aren’t getting paid for their time put into this. They’re not getting any benefit except for the experience and the fun of putting on this event,” Lewis said. “I’m so proud of the work they’ve done, and I’m really excited to see how it turns out.”