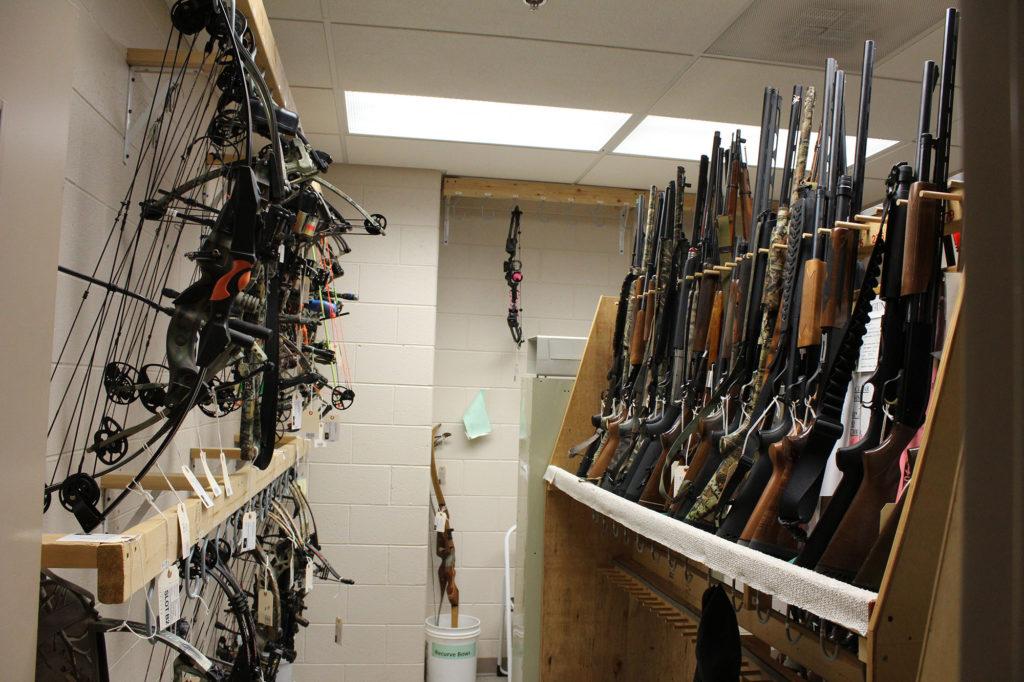 Public safety officers and NMU officials do not think the university’s firearm policy will have to change due to three bills recently passed by the Michigan Senate that would legalize concealed carrying of handguns in places like schools, churches, bars and stadiums.

“I don’t anticipate any changes at this point, although if and when a bill passes, then our legal team does a comprehensive review to see if there’s any modification to policy that needs to be considered, and if that happens then we go through a process of really vetting and looking at our policy,” NMU President Fritz Erickson said.

Senate Bills 584, 585 and 586 each specifically address certain stipulations surrounding concealed carrying laws in Michigan and were approved on Wednesday, Nov. 8 in a 25-12 vote. Next, in order to become a law, the bills will go through the Republican-controlled state House of Representatives, which will vote on them in upcoming weeks. Purportedly, the bills will not bar universities from using their state constitutional powers to regulate guns on their campuses.

“I think what we’ve done has worked out well,” Erickson said regarding NMU’s firearm policy. “We always continually look at policies and procedures to make sure we’re being as fair and equitable as we possibly can, but I really don’t anticipate a change because by all accounts I think it’s working very well. It just requires two things: students check their they’re not using them—check them out when you are, and then the whole system works very well.”

NMU has been monitoring the bills to see what impact they would have on the university. So far with the bills as they are currently written, NMU would not have to alter its firearm policy, Director of Public Safety and Police Services Mike Bath said. The bills, however, may be altered in the House of Representatives before they become law.

“It’s the university’s preference that we keep [the firearm policy] as is, but when the final bill is passed and signed by the governor, we will do a review and make sure we are in accordance with state law,” Bath explained.

Current Michigan law bans concealed pistols from college dorms and classrooms. However, NMU’s weapons policy, which applies to all students, faculty, staff and visitors, states that no projectile throwing devices—everything from firearms to water pistols—are permitted on any university property, and that all such firearms must be in locked storage at Public Safety. Firearm owners may check in and check out their firearms free of charge, 24 hours a day, seven days a week in order to transport them off university property. Public Safety currently has about 250 rifles, shotguns and handguns registered to be in storage and about 30 bows. There are racks for about 400 firearms, but more space will be made to accommodate as necessary. October and November are the peak months due to hunting season.

Bath thinks this is an effective system. There are about two or three violations of the policy a year, he said, which could be as simple as leaving a firearm in a parked car on campus. For a student, this could result in suspension for the remainder of an academic year because the university takes violations of safety policies seriously, Bath said.

“Obviously we want to maintain a safe campus,” Bath added.

Amid the recent mass shootings, many of them in pistol-free zones such as schools and stadiums, part of the motivation behind this legislation to let people have concealed weapons in these areas is so armed bystanders could defend themselves and possibly take down an active shooter. However, during an active shooter situation, having more people armed would just add confusion for the law enforcement that are responding about who the actual attacker is. In a life-or-death moment like that, a misunderstanding could be deadly, Bath explained.

Bath expressed his concern about if Northern would have to change its policy to allow firearms on campus.

“It would not be a good situation,” Bath said. “I don’t think having guns in the dorms,
classrooms or on campus would be a good thing.”