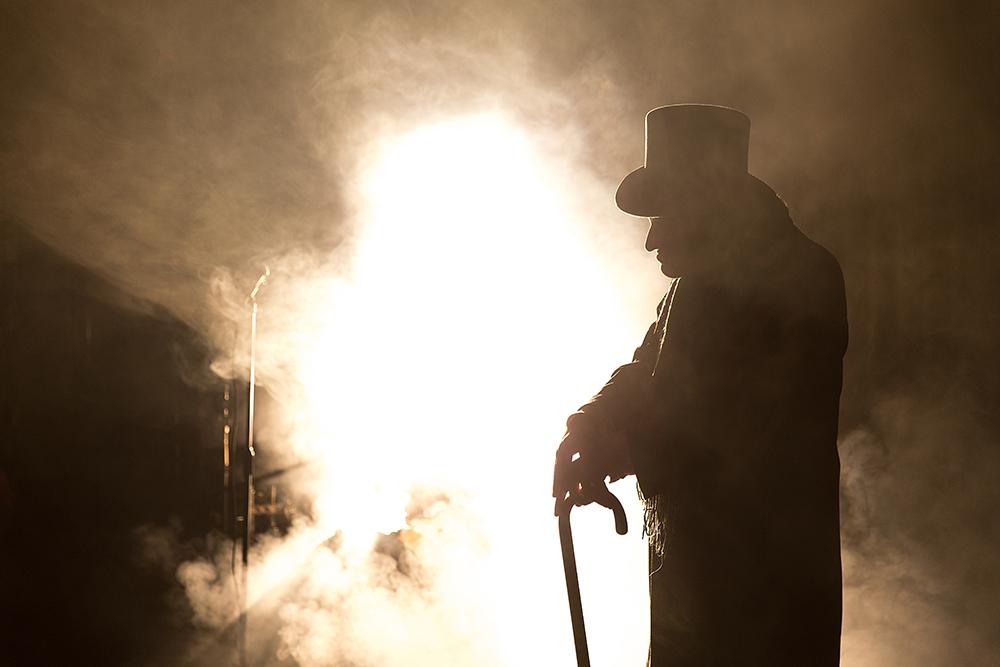 The ghosts of Christmas past, present and future will come once again to haunt Ebenezer Scrooge and bring an extra dose of holiday spirit to Marquette.

The musical “Scrooge!” will run from Dec. 14 to 17 at the Forest Roberts Theatre (FRT). This musical retelling of Charles Dickens’ “A Christmas Carol,” with music and lyrics by Leslie Bricusse, has been in production at the FRT since 1988, becoming a campus holiday tradition. Denise Clark has directed “Scrooge!” for over seven years. Clark has had her own version of the show that has been performed, but the FRT has returned to the Bricusse script this year, and she expects it to be an “excellent” production.

She also added that the production is a little later in the season than previous years, since usually Scrooge is typically on Dec. 7 and 8. There probably won’t be as many students attending, she said, which is “unfortunate,” but the community is a prime component of the production.

“There’s a lot of people in it, so there’s a lot of families that come, brothers, sisters, aunts, uncles, grandmas, grandpas,” Clark explained. “There’s just so many people that live in Marquette and the surrounding community that have made this part of their Christmas, so the community is usually very supportive.”

Clark said this is the first year a student has portrayed the role of Scrooge. That student is senior theater major Devin Murphy. This is his second year in the production, after playing Bob Cratchit last year. Murphy said that playing Scrooge carries a lot of weight.

“It’s a lot of pressure because ‘Scrooge!’ is a tradition for people around Christmas time. It’s a beloved movie from the ’70s, and even my friends who don’t even know theater love the Christmas musical of ‘Scrooge!.’ It’s a lot of pressure to be this iconic character and to get it right, and get this story across correctly and still add my personal touch into it.”

Murphy said it is also an honor to play the lead as Scrooge, especially considering his age.

“For how young I am, and how old other actors are who have played the role, such as Rusty Bowers and Bobby Glenn Brown, it’s quite an honor because I feel like I can now portray a character that’s fresh,” Murphy said. “Instead of ‘Well he’s old, he can play the character,’ it’s a fresh take on Scrooge. You still have to keep that character of an older gentlemen, but being 22, it is a challenge, but just getting in that mindset and having mentors, such as [Bowers] and [Brown], who are in the cast, they give me pointers here and there. It’s a big lesson for a theater student, just how to portray a character who’s been beloved for so long. It’s quite an honor for a student.”

Murphy said he wanted to a part of the production because of the tradition.

Clark has worked with Murphy in productions at Ishpeming High School, and she said it is fresh to have a new Scrooge.

“It’s kind of fun to work with him again,” she said.

Another student who is a part of the production is junior English writing major Charlie Edwards, who plays Simpkins, Tom Jenkins’ assistant—a role that was made just for him.

“I feel pretty good about it considering [the role] was made up for me,” Edwards said.

Edwards hasn’t been in a theater production since his senior year of high school, but he tried out and got cast.

“It feels great to be back,” Edwards said, adding that he does a lot of dancing in the show.

The money that is made from the production goes toward a scholarship for the theater students and other advantages, such as field trips and field studies trips, Clark said.

“I’m a big believer of wanting students to have what they need to go to school,” she said.