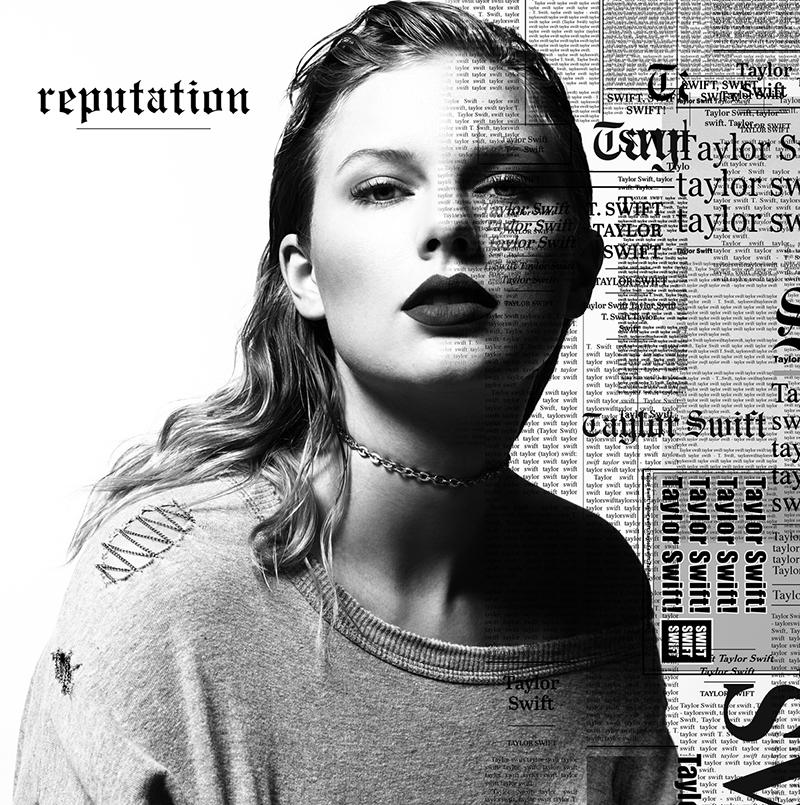 From “White Horse” boys to teardrops on an old guitar, Taylor Swift makes it clear that she isn’t afraid to burn bridges and throw shade as she returns after an edgy, yet grounded, sound on 2014’s “1989.” Now Swift’s aggressive new sixth studio album “Reputation” is a very prevalent reminder that our days of innocence have gone up in flames.

Sound: Swift returns after a successful transition from country to pop with 2014’s “1989.” This record is much more spiteful in its delivery as if Swift is trying to insinuate her personal vendettas and shortcomings to get revenge for her enemies with heavy electronic tracks spanning much of this record.

This album experiments with trap percussion and is heavy handed in its delivery; this makes Swift sound unsteady, offering little stability for her listeners. These tones can be heard on tracks like “This Is Why We Can’t Have Nice Things” and “So It Goes” for those who look to consume the full length album. But this attempt of a change in instrumentation could drive some long-time listeners of Swift away. This new sound shines brightest through tracks like “Gorgeous” and “Delicate” that carry more of the style heard on “1989,” with lyrics that complement a more polished production.

A glimpse of raw authenticity can be heard with tracks like “New Year’s Day” in which listeners are offered a soft and steady tune that carries meaning and emotion, much like what was previously created on 2012’s acoustically influenced “Red.” Given that “New Year’s Day” concludes “Reputation” could indicate that

Swift’s coming projects could carry a more meaningful tune that is desperately missing from this most recent record.

Contributions: Jack Antonoff of the band “Fun” has collaborated with artists like Lorde, Pink and Charli XCX. Antonoff has also produced much of Swift’s discography in the past. Antonoff’s additions to “Reputation” offer moments of stability for Swift on tracks like “Getaway Car” and “Call it What You Want.” New techno edge sounds emerge on much of this album’s spin time. On tracks that Antonoff contributes to, it feels most like Swift’s craft and lyrics carry a more meaningful momentum, a substance of authenticity that is sparse throughout much of the remaining tracks on the record. Finally, Ed Sheeran and Future join with a rap-esque style on “End Game,” which doesn’t accurately showcase the artistic abilities of either artist in a positive way.

Verdict: This sixth album is a brave effort for diving deeper into uncharted territories not previously explored by Swift. “Reputation” caters more trend setting sounds paired alongside flat lyricism that completely veers away from the originality and craft that Swift sold on her 2006 self-titled album “Taylor Swift.”

“Reputation” fails to execute a cohesive narrative across all 15 tracks. Instead this album feels as though it is an effort to get even with enemies. In order to understand the fire behind much of this record’s lyrical content, listeners will have to first familiarize themselves with Swift’s personal life; however, this investment may drive some listeners away. This more aggressive side heard on “Reputation” is marketed in a way that fails to inspire young fans that may look to Swift for inspiration and leadership.

Pieces of this record are working well, but the album as a whole is somewhat incoherent in its delivery, given that the tracks lack the substance of self-reflection and emotion that has been heard on Swift’s previous records. “Reputation” strips away the believability and personality that made Swift’s albums so popular in the past.

This most recent effort is heavily influenced by public opinion, which could hurt this record’s success and overall shelf life as time goes on. Listeners who could take or leave reflections of Swift’s personal life should skip this record and come back next time.