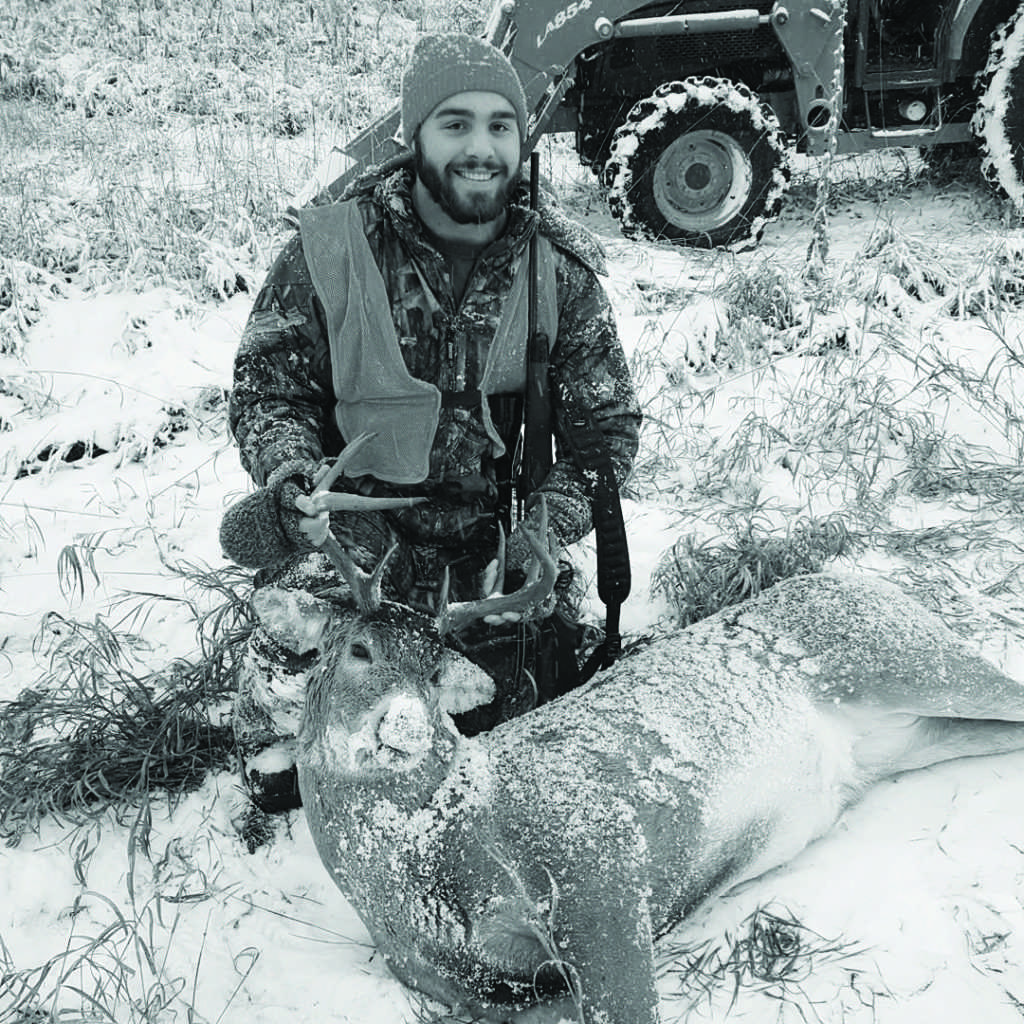 The 2017 Michigan regular firearm deer season came to an end on Nov. 30, and many Yoopers, are celebrating their successes or preparing to have better luck next season. Hunters are raising their glasses in celebration of successful harvests and ending another chapter of a long and prosperous tradition that has been a part of Michigan’s rural culture since its beginning.

Sophomore accounting major Ryan Shively went to the Lower Peninsula east of Traverse City to hunt with his family at his annual deer camp. On the trip he shot a nine-point buck, and his family harvested five deer in total.

“It was exhilarating,” Shively said. “The best part was being out there with the family, but getting some deer makes it all the better.”

Shively said that he hopes to get a house in the U.P. so he has time to experience the hunting season here.

With the U.P. deer population seemingly on the rise, Shively may even pull in a harvest here. Michigan DNR wildlife biologist Brian Roell said he is impressed with the increase in the amount of successful hunts in the U.P., and would guess the number of harvests to be anywhere from 30 to 35 percent higher than last year.

“People are a lot more satisfied with this deer season.”

Roell said that this is probably the most successful deer season the U.P. has seen in the past four to five years.

“We have basically came from almost rock bottom,” he said. “People are happy with the deer they’re seeing this year and even are looking forward to next year.”

The number of successful hunts has increased since last year and it is most likely due to mild winters for the past couple of years.

The Escanaba Daily Press reported that several hunters in Michigan have commented on seeing many more young deer than last year, which is a sign of a generation that has survived the cold of recent winters.

One NMU student, senior accounting major Austin LeGault, was unsuccessful this year but has seen many small deer.

“I saw doe and small bucks, but nothing worth shooting,” LeGault said.

LeGault did not shoot any deer in hopes of seeing the deer population continue to climb, but has admitted that he wished he could have gotten something.

NMU students who did not live in Michigan left to hunt in the states they came from. Senior fisheries and wildlife major Jacob Synnott left NMU for the Wisconsin deer season and was unsuccessful, but he still enjoyed himself.

Synnott said he likes relaxing in the sounds of the outdoors. He also considers this season to be a success as his father shot a six- point buck and a large doe.

“As long as there’s meat in the freezer, it’s a great feeling,” Synnott said. “Meat is meat, and I love venison.”