‘Last Jedi’ is good but far, far from perfect 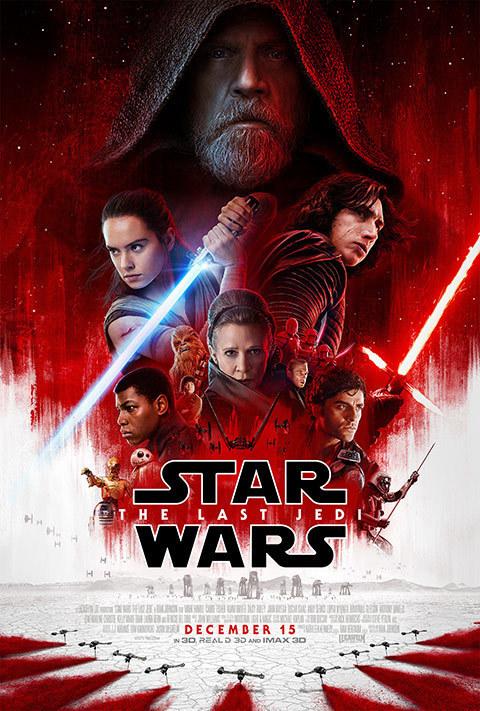 Story: Film goers from all over the world return to a galaxy far, far away with the eighth and most recent installment, “Star Wars: The Last Jedi.” The leading lady from 2015’s “Star Wars: The Force Awakens” (Daisy Ridley) as Rey is sent away to learn the ways of the force from Luke Skywalker (Mark Hamill). In these training scenes we see the two interact, push and test one another among the backdrop of a luscious green landscape, which makes for breathtaking cinematics.

This film is flawless in its optimism, camera angles, CGI and crisp color schemes across much of the galaxy-spanning locales. However, “The Last Jedi” does fall short of perfection with its pacing; this shortcoming is most evident in the first act of the film with Rose Tico, (Kelly Marie Tran) who is introduced as a resistance maintenance worker who becomes something of a love interest for frontrunner and ex-stormtrooper, Finn (John Boyega). The two go off to a never before seen casino planet, and in doing so they throw off the flow of the first act, making it feel far too heavy handed with too much character dialogue. But thankfully, the second and third acts of the film stay true to Star Wars style with their hope-filled dialogue and their flames and fury action sequences that viewers have come to know.

Characters: Princess Leia’s departure was on the minds of many as news of actress Carrie Fisher’s death broke in December 2016. Leia’s presence wasn’t washed away in this installment of the film, but it also wasn’t wrapped up peacefully either; this is a delicacy that could’ve used more attention during production given Fisher’s significance throughout the franchise.

Meanwhile, Adam Driver’s return as super villain Kylo Ren shows viewers his character progression as he begins the film unable to fully embrace his role in the First Order. In the previous installment, “The Force Awakens,” viewers saw a Ren who lashes out with irrational force, but in “The Last Jedi” Ren faces a much more internal conflict. Furthermore, viewers are left to question where his loyalties lie after a connection is made
between Ren and Rey.

Verdict: Given this film’s long runtime, it is unwieldy that the pacing in the opening act is off, but this does recover as the movie continues. A message of hope rings throughout this film coming as a wise dialogue from late Fisher’s Leia, which raises the question, will her absence as the narrative continues carry that same message?
With the Star Wars universe expanding comes a more diverse character landscape, leaving less screen time for characters that many viewers have invested into as the film series continues; so will the same hold true for less well- known characters? Will they get a chance in the spotlight?

We’ll have to wait and see as episode IX will release in December 2019.