Stop the silence, start speaking out 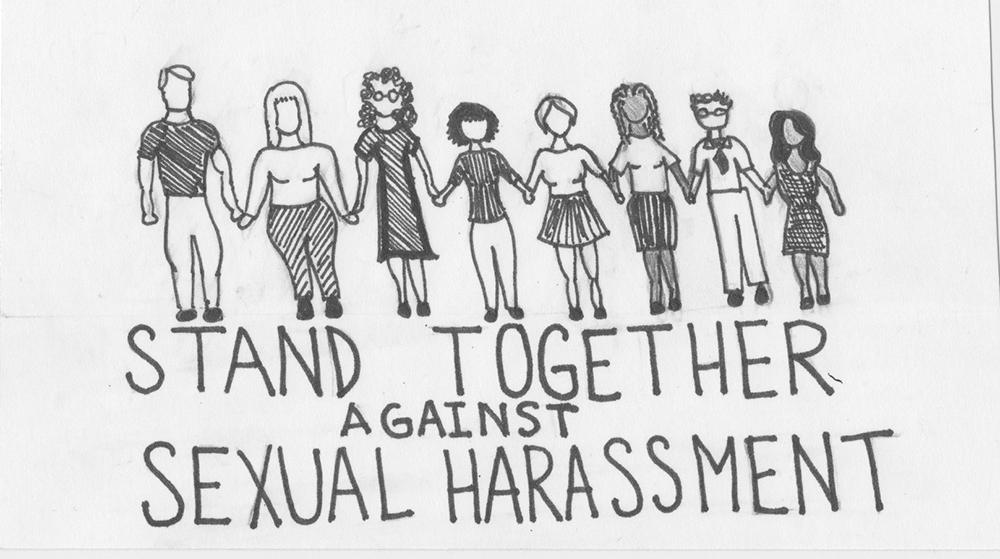 Yesterday Larry Nassar was sentenced to 40 to 175 years in prison after 156 of his victims found the courage to step forward and speak out against his decades of sexual abuse. Before this case, the nation saw a flood of similar stories emerge from Hollywood stars and musicians who were victims just the same.

Today we see that sexual assault and harassment is not isolated only to politicians, movie stars and renowned doctors, but such events also occur on our own campus in a town most of us deem secluded and safe.

The actions of Harry Whitaker are not comparable to that of Nassar’s as he did not commit any criminal offenses and will never stand trial. Whitaker denied any wrongdoing, though he admits to commenting repeatedly on a female student’s physical appearance to “restore her self- esteem.” While he simply just doesn’t believe the comments he made to women were wrong in any way, we do.

We stand behind Dale Kapla’s expressions of disgust made in his letter and the actions taken by the university in light of Whitaker’s actions, because we believe that the complaints of those who experience misconduct should be taken seriously.

We hear victims stories with heavy hearts and commend those that found the courage to file complaints or found a platform to speak out upon. The exceptional strength necessary to do so is flooring and the number of victims coming forward everywhere proves the power that resides in numbers.

Years ago, cases of sexual harassment and assault were not treated in the same manner. Reports such as these were swept under the rug and the victims silenced by those they sought to confide in.

The first incident involving Harry Whitaker occurred over 10 years ago. It was not until a second instance occurred that his behavior could be claimed “a pattern” and justice could be sought. Whitaker’s suspension while an investigation pursued stands as an example of the university’s intolerance of such repulsive behavior and signifies a change in society.

We’re now witnessing a new pattern of speaking out against sexual harassment and assault. Universities, the justice system and people in general are stopping the silencing of victims and proliferation of harassment just by listening. Each survivor that comes forward is a step toward ending the normalcy associated with rape culture.

Whether it happened yesterday or a decade ago, speaking out is the only way to stand against sexaul harassment and assault.

If you are a student victim of sexual harassment or assault and are unsure of who to speak with, contact Title IX Coordinator Janet Koski, the dean of students office or Public Safety.