Phil statue to be repaired 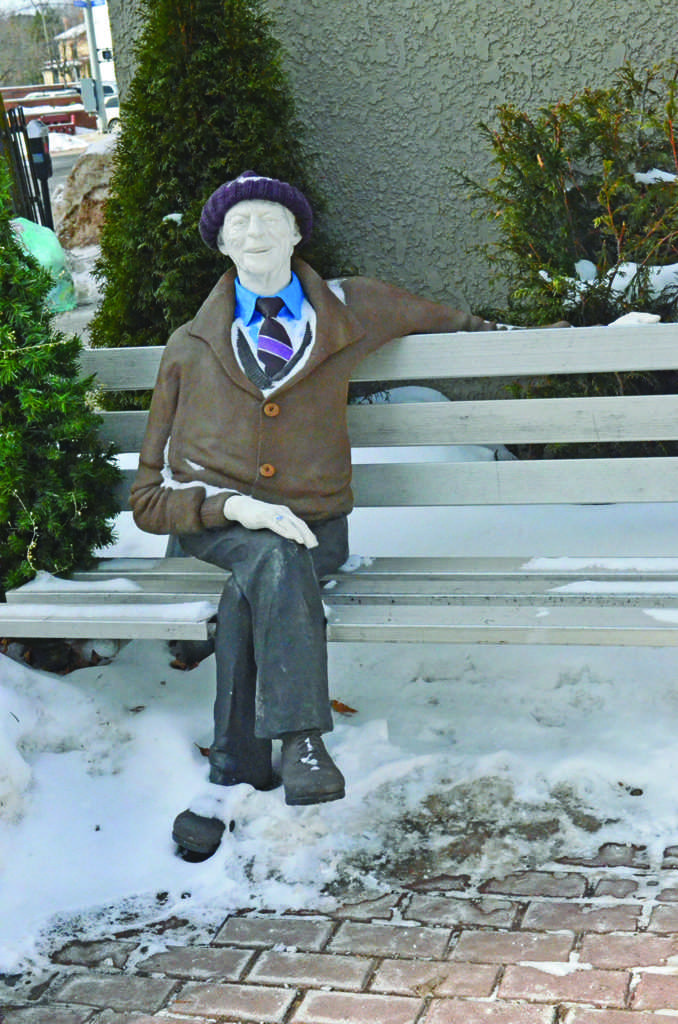 Locals placed a chook hat on the statue after hearing about the vandalism. Photo by: Emma Case

Damage to the Phil Niemisto statue in the Downtown Marquette Pocket Park was reported to the Marquette Police Department on Jan. 20.

On Jan. 25 the Marquette Police Department arrested 20-year-old Marquette resident Alex David Wiitanenon for his alleged involvement. Warrants were authorized by the Marquette County Prosecutor’s Office for Malicious Destruction of Tombs and Memorials Less Than $200 and for Larceny less than $200. Wiitanenon was released upon posting a $500 bond.

The hat and scarf were stolen off the statue that was unveiled to the community on Oct. 17.

Mona Lang, executive director of the Marquette Downtown Development Authority, said it’s unfortunate that someone would vandalize a part of the community, because the city works diligently to make Marquette welcoming and safe.

“Public art is an important component in providing those attributes and offering a sense of place in downtown. The community takes pride in the downtown area and [Niemisto] is the ultimate example of that community pride,” Lang said. “At 87-years-old, he continues to wash store windows and keep up the Washington Street Pocket Park. The entire community celebrated this by funding a piece of public art in his image, which is public property, so I believe that the vandalism to this statue affected people on a personal level.”

Local artist and maker of the statue Earl Senchuk said the vandalism was no bother to him because the statue didn’t sustain any real damage.

“The top of the head has been gouged out like his brain is missing, but that’s the way it was built,” Senchuk said. “I don’t hold anything against the guy because he’s young and people do stupid things when they’re young.”

Senchuk finished the statue just two hours before the dedication ceremony in the fall.

“It was warm that day… Then it got cold that night, so I have a feeling the glue just didn’t set real well and he was able to knock it off. Now I’ll have to wait until we get a string of 50 degree days so I can put everything back together,” he said.

Senchuk sees the vandalism as his opportunity to improve the statue and plans to repair the statue this coming spring.

“As a matter of fact, I wanted to make a change to his head, so I think it’s an opportunity in a way for me to pull the head out and reconfigure the angle and then I can actually make it better now on the redo,” he said. “They’ve got a chook back on him now and the scarves back on him so he’s warm for the winter,” Senchuk said and gave a chuckle.